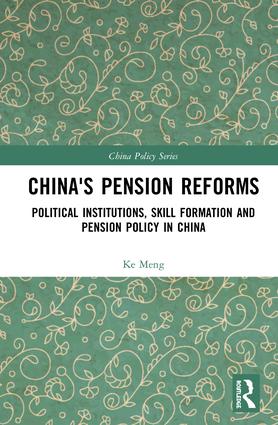 Existing literature has looked at many factors which have shaped Chinese pension reforms. As China’s pension reform proceeds in an expanding and localising fashion, this book argues that there is a pressing need to examine it in the context of China’s political institutions and economic transformations. The book takes a unique approach by looking at political institutions of the Chinese state and the changing conditions of the Chinese economy, which rarely receive proper treatment in the current analysis of China’s pension reforms.

1. Introduction: Learning about China through its Pension Reforms

4. Research Methodology: How do we Study China (And its Pension System)

5. The Economic Story: How does the Chinese Pension System Help Economic Growth Through Skill Formation and Labour Retention

6. The Political Story: How do Chinese Political Institutions Shape the Pension System?

7. Conclusion: Economic Rebalancing and the Future of China’s Pension System

Ke Meng is Assistant Professor at the School of Public Policy and Management, Tsinghua University.