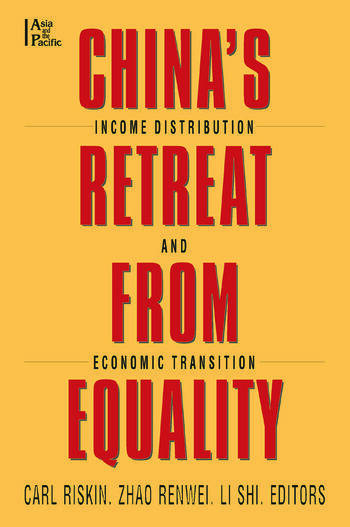 A collection of 13 essays based on two national surveys of household income in China - in 1985 and 1995 - and prepared and carried out by the research team. These essays explore a wide range of aspects of the rapidly changing income distribution during this period.

The past half-century has seen many hopes raised and some dashed, a succession of fears and false alarms, and both triumphs and calamities that were almost entirely unexpected. This work offers a short but sweeping history of world politics since 1945: America's postwar pre-eminence and the hopes that attended the creation of the United Nations; the Cold War and the emergence of a volatile Third World; economic transformations and the twin threat of nuclear and ecological disaster; the crumbling of the Soviet system and the short-lived promise of a peaceful, prosperous and democratic new world. The author describes these momentous changes concisely in an effort to show how we got here from there and what we might have learned along the way.