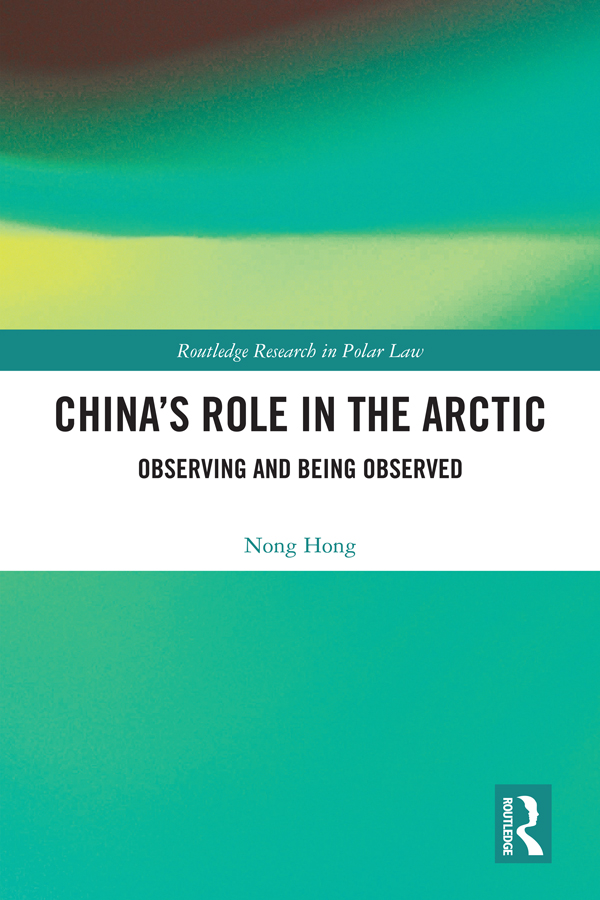 China’s Role in the Arctic

Observing and Being Observed, 1st Edition

This book explores the growing interests of China in the Arctic and examines the nature of its interests and motivations in maintaining its involvement and presence in the region.

The new geopolitical landscape of the Arctic today is a significant departure from the great power politics that existed in the region during the Cold War era. Apart from traditional Arctic states, more and more international organizations and non-Arctic states are showing an increased interest in this region, not least China. Many have attempted to interpret China’s intention in moving to the high north and this book aims to add to the existing literature from three approaches: China’s participation in the international institutions, China’s relationships with the Arctic stakeholders, and China’s sectoral engagement in the Arctic. In taking a three-dimensional approach to the analysis, the author builds a comprehensive picture of China’s interests and activities in the Arctic, not only from the perspective of China, but also from the viewpoint of other Arctic States (Russia, Canada, the U.S., Norway, Sweden, Denmark, Finland, and Iceland).

One of the first books in English to cover the subject since the release of China’s Arctic Policy White Paper in January 2018, this analysis will be of interest to academics, students of Arctic studies, maritime law and international law, as well as policy-makers in Arctic and non-Arctic states.

4 China’s Partnership with the Arctic Stakeholders

5 China and Shipping in the Arctic

6 China's Engagement in Resource Development in the Arctic

7 China’s Scientific Research in the Arctic

8 China’s Approach to International Cooperation in the Arctic