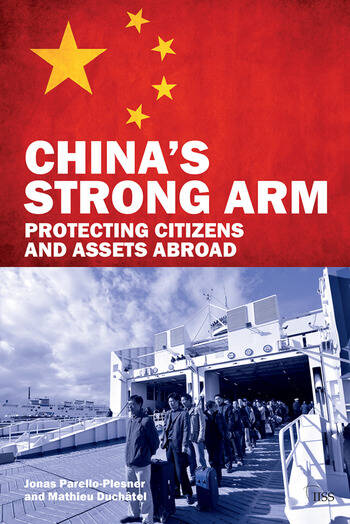 China has long adhered to a principle of ‘non-interference’ in other states’ affairs. However, as more of its companies have been investing in projects overseas, and millions of its nationals are travelling abroad, Beijing is finding itself progressively involved in other countries – through the need to protect these interests and citizens.

During the turmoil of the Arab Spring in 2011, China was compelled to evacuate more than 35,000 Chinese workers and expatriates from Libya, and later it led the hunt for the killers of 13 Chinese sailors in the Golden Triangle region of the Mekong River. In 2015, Beijing sent a combat battalion to join the UN peacekeeping mission in South Sudan, where it has huge oil ventures. Its plans to construct a New Silk Road will mean new commercial endeavours to protect in Pakistan.

The shift in Chinese foreign policy towards a more interventionist approach in protecting nationals abroad has not been the result of grand strategy, but an adjustment to unfolding events. The large risk appetite of state-owned Chinese business is inexorably drawing the Chinese state into security hotspots, and as China becomes a great power its people are openly calling on their government to protect compatriots caught in crises overseas, including via military means.

While much attention has focused on Beijing’s increasingly assertive behaviour in disputed Asian seas, this book highlights another equally important area of change, with potentially far-reaching consequences for international security.

Jonas Parello-Plesner is head of the foreign policy department at the embassy of Denmark in Washington, D.C.

Mathieu Duchâtel is Senior Researcher at the Stockholm International Peace Research Institute and SIPRI’s representative in Beijing since 2011.