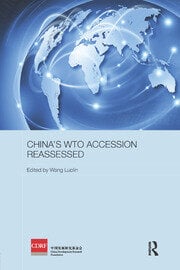 China's accession to the World Trade Organisation in 2001 was a highly significant event both for China and for the wider world. This book argues that, although at the time some people doubted the likely benefits, China's WTO accession has been highly successful. It discusses how China has abided by its commitment to WTO terms and how WTO membership has contributed to China's reform and opening up; explores how vastly increased co-operative exchange with many countries around the world has been mutually beneficial in a range of fields including trade, science and culture; and shows how China's WTO membership has been a great stimulus both for China's economy and the world economy. The book considers the subject from a number of perspectives, and draws out lessons for future reform and development for China, and for China's relations with the rest of the world, emphasising the need to maintain a win-win approach.

Wang Luolin is a famous Chinese economist. He was formerly Vice President of Xiamen University and Executive Vice President of the Chinese Academy of Social Sciences. He now serves as Director of the Trade Policy Advisory Committee of the Ministry of Commerce and also as adviser to China Development Research Foundation.