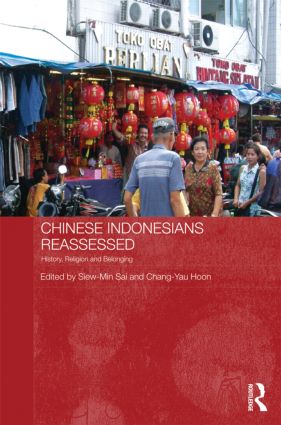 The Chinese in Indonesia form a significant minority of about three percent of the population, and have played a disproportionately important role in the country. Given that Chinese Indonesians are not seen as indigenous to the country and are consistently defined against Indonesian nationalism, most studies on the community concentrate on examining their ambivalent position as Indonesia's perennial "internal outsider." Chinese Indonesians Reassessed argues for the need to dislodge this narrow nationalistic approach and adopt fresh perspectives which acknowledge the full complexity of ethnic relations within the country. The focus of the book extends beyond Java to explore the historical development of Chinese Indonesian communities in more peripheral areas of Indonesia, such as Medan, the Riau Islands and West Kalimantan. It reveals the diverse religious practices of Chinese Indonesians, which are by no means confined to "Chinese" religions, and celebration of "Chinese" ethnic events. Presenting a rich array of historical and contemporary case studies, the book goes beyond national stereotypes to demonstrate how Chinese Indonesians interact with different spaces and environments to establish new Chinese Indonesian identities which are complex and multi-faceted. The book engages with a larger global literature concerned with diasporic Chinese identities and practices and offers sophisticated and empirically grounded insights on the commodification of ethnic cultures and religions.

Siew-Min Sai is Assistant Professor in the History Department at the National University of Singapore.