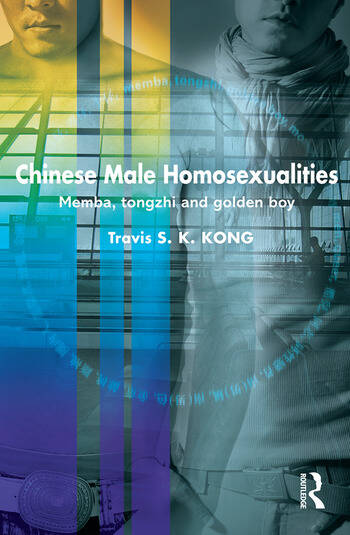 This book presents a groundbreaking exploration of masculinities and homosexualities amongst Chinese gay men. It provides a sociological account of masculinity, desire, sexuality, identity and citizenship in contemporary Chinese societies, and within the constellation of global culture.

Kong reports the results of an extensive ethnographic study of contemporary Chinese gay men in a wide range of different locations including mainland China, Hong Kong and the Chinese overseas community in London, showing how Chinese gay men live their everyday lives. Relating Chinese male homosexuality to the extensive social and cultural theories on gender, sexuality and the body, postcolonialism and globalisation, the book examines the idea of queer space and numerous 'queer flows' – of capital, bodies, ideas, images, and commodities – around the world.

The book concludes that different gay male identities – such as the conspicuously consuming memba in Hong Kong, the urban tongzhi, the 'money boy' in China and the feminised 'golden boy' in London – emerge in different locations, and are all caught up in the transnational flow of queer cultures which are at once local and global.

"Chinese Male Homosexualities is an original study of what happens when the translation of global gayness 'fails'. What we get are politically astute insights developed in dialogue between Kong and the Chinese gay men he came to know ... in Hong Kong, London and mainland China. Resolutely anti-essentialist about both gay identity and Chinese culture, Kong convincingly argues that contradictions lie at the heart of queer struggles for rights, community and intimacy ... A must read." – Professor Lisa Rofel, University of California, Santa Cruz, USA

"There is no book out there like this one. Navigating between European ideals of liberal recognition and Confucian notions of filial obligation, between neoliberal markets and residues of (post)colonial regulation, between cosmopolitan consumerism and alternative socialist imaginaries, Kong’s ethnography of Chinese gay men in Hong Kong, London, and the PRC is exhilarating and inimitable." – Professor David L. Eng, University of Pennsylvania, USA

"This is a stunning empirical study of sexual worlds that are rarely associated with China, and a highly creative synthesis of the sociology of sexuality and queer theory. A powerful book that will be of interest to China scholars as well as sexuality researchers." – Arlene Stein, Rutgers University, USA

"This book charts new territory in Chinese studies in the scope of its multi-site approach to the study of Chinese homosexualities, and is written with a lightness of hand that balances a comples analytical framework with lively interview data.  Its readability ensures its easy application in undergraduate teaching, and its sophisticated interweaving of empirical data and theoretical analysis is a 'textbook' example for researchers.  It makes significant contributions to the sociology of homosexuality, 'new queer Asia studies' and, more widely, non-Western, non-normative gender and sexuality studies, as well as debates on globalization and sexual citizenship." - Derek Hird, The China Quarterly, Volume 205 - March 2011