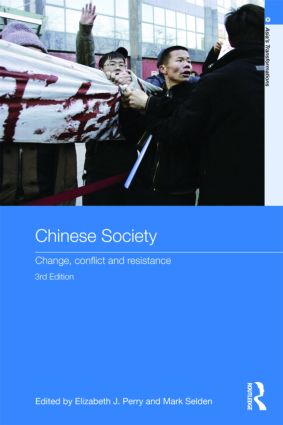 This bestselling introduction to Chinese society uses the themes of resistance and protest to explore the complexity of life in contemporary China. An interdisciplinary and international team of China scholars draw on perspectives from sociology, anthropology, psychology, history and political science and covers a broad range of issues.

The newly revised, third edition adds two new chapters on gender and the family, and the reform of the Hukou system thus providing a comprehensive text for both undergraduates and specialists in the field, encouraging the reader to challenge conventional images of contemporary Chinese society.

Reviews of the second editon:

'This first rate collection will be indispensable reading for Scholars of Chinese society. Each of the book's uniformly excellent well-written and substantive chapters open by providing enough historical background onits specific topic to make it comprehensible enough to advanced undergraduates as well as the general informed reader.' - The China Journal

'I would recommend to all serious students who wish to begin studying this country.' - China Perspectives

'Should be read by all serious scholars of contemporary China.' - Asian Affairs

Elizabeth J. Perry is Henry Rosovsky professor of Government at Harvard University. Her previous books include Rebels and Revolutionaries in North China, Shanghai on Strike: The Politics of Chinese Labour, Proletarian Power: Shanghai in the Cultural Revolution, and Challenging the Mandate of Heaven: Social Protest and State Power in China.

Mark Selden is Senior Research Associate, Cornell University and a Coordinator of The Asia-Pacific Journal: Japan Focus. His books include China in Revolution: The Yenan Wat Revisited, Chinese Village, Socialist State (with Edward Friedman and Paul Pickowicz), The Political Economy of Chinese Development and The Resurgence of East Asia: 500, 150 and 50 Year Perspectives (with Giovanni Arrighi