Christianity and the Triumph of Humor
From Dante to David Javerbaum

Christianity and the Triumph of Humor: From Dante to David Javerbaum

This book traces the development of religious comedy and leverages that history to justify today’s uses of religious humor in all of its manifestations, including irreverent jokes. It argues that regulating humor is futile and counterproductive, illustrating this point with a host of comedic examples. Humor is a powerful rhetorical tool for those who advocate and for those who satirize religious ideals.

The book presents a compelling argument about the centrality of humor to the story of Western Christianity’s cultural and artistic development since the Middle Ages, taking a multi-disciplinary approach that combines literary criticism, religious studies, philosophy, theology, and social science. After laying out the conceptual framework in Part 1, Part 2 analyzes key works of religious comedy across the ages from Dante to the present, and it samples the breadth of contemporary religious humor from Brad Stine to Robin Williams, and from Monty Python to South Park. Using critical, historical, and conceptual lenses, the book exposes and overturns past attempts by church authorities, scholars, and commentators to limit and control laughter based on religious, ideological, or moral criteria.

This is a unique look into the role of humor and comedy around religion. It will, therefore, appeal to readers interested in multiple fields of inquiry, including religious studies, humor studies, the history of ideas, and comparative literature.

Acknowledgments; List of Figures; Introduction: The Way, the Truth, and the Laugh; Part I: Ideological and Theological Coordinates of Humor; 1 Ideology and Laughter: Against the Liberal Paradigm of Humor; 2 Theology and Laughter: Against the Confessional Paradigm of Humor; Part II:  Religious Comedy and Christianity: Historical Developments and the Contemporary Scene; 3 A Chronicle of Triumph: Religious Comedy from Dante to Javerbaum; 4 Varieties of Religious Irreverence: Contemporary Religious Comedy from Mark Lowry to South Park; Conclusion; Epilogue: Humor in Non-Christian Traditions; Key Terms and Definitions; Bibliography; Appendix

Bernard Schweizer is a Professor of English in the Department of English, Philosophy, and Foreign Languages at Long Island University, USA. He specialises in humor studies, heresy studies, travel studies and gender studies and has written multiple articles and books in these areas, including Hating God: The Untold Story of Misotheism (2010). 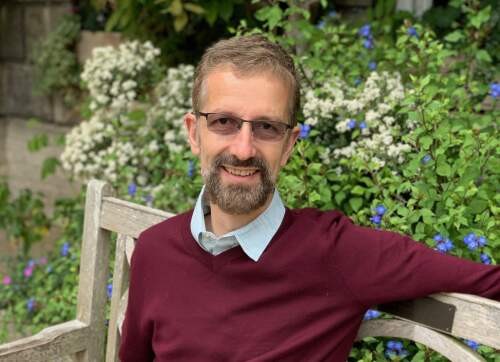