Churchill's Man of Mystery
Desmond Morton and the World of Intelligence 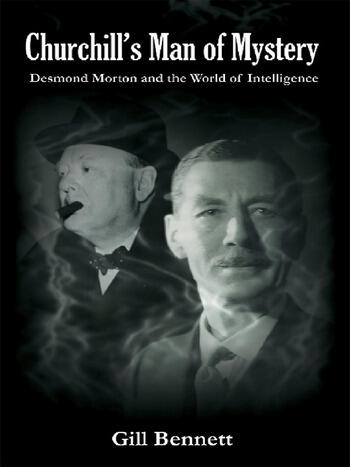 Churchill's Man of Mystery: Desmond Morton and the World of Intelligence

The mysterious life and career of Desmond Morton, Intelligence officer and personal adviser to Winston Churchill during the Second World War, is exposed for the first time in this study based on full access to official records. After distinguished service as artillery officer and aide-de-camp to General Haig during the First World War, Morton worked for the Secret Intelligence Service from 1919-1934, and the fortunes of SIS in the interwar years are described here in unprecedented detail. As Director of the Industrial Intelligence Centre in the 1930s, Morton’s warnings of Germany’s military and industrial preparations for war were widely read in Whitehall, though they failed to accelerate British rearmament as much as Morton - and Churchill - considered imperative. Morton had met Churchill on the Western Front in 1916 and supported him throughout the ‘wilderness years’, moving to Downing Street as the Prime Minister’s Intelligence adviser in May 1940. There he remained in a liaison role, with the Intelligence Agencies and with Allied resistance authorities, until the end of the war, when he became a ‘troubleshooter’ for the Treasury in a series of tricky international assignments. Throughout Morton’s career, myth, rumour and deliberate obfuscation have created a misleading picture of his role and influence. This book shines a light into many hitherto shadowy corners of British history in the first half of the twentieth century.

This book will be of great interest to scholars and informed lay readers with an interest in the Second World War, intelligence studies and the life of Winston Churchill.

Gill Bennett was Chief Historian of the Foreign and Commonwealth Office from1995 and 2005. She has written extensively on diplomatic and Intelligence history.

‘With unique access to secret SIS files, Gill Bennett has produced a riveting biography of the mysterious éminence grise of 20th Century British intelligence, Sir Desmond Morton which throws significant light on some of the darker corners of British politics. Above all, she reveals the inside story of Morton's crucial role as intelligence advisor to Winston Churchill in his fight against appeasement and later as wartime prime minister. Her book challenges some long-held myths and will be required reading for all students of Churchill.’ - Dr David Stafford, University of Edinburgh

‘Churchill's Man of Mystery: Desmond Morton and the World of Intelligence is a timely and valuable biography of one of the great eminences grises of 20th-century Britain. Our understanding of British secret service in the 1920s, 1930s and during the Second World War, along with Morton's role as Winston Churchill's 'intelligence man', is powerfully illuminated by this exceptionally well-researched study.' - Prof. Keith Jeffery

'This excellent book describes and explains one of Britain’s mystery men. Morton remains a bit of a mystery, but thanks to Bennett, no longer a myth. His role in
the creation of the structure and organization of British intelligence was crucial – no bookshelf of books on intelligence can be complete without this study. But his reputation as a shadowy éminence grise for Winston Churchill is put into proper and fascinating perspective.’- Prof. Warren Kimball, Rutgers University

'Gill Bennett brilliantly solves the main remaining problem of Churchill's career and sheds important new light on the history of British intelligence. Essential and enjoyable reading for all those interested in these fascinating topics.' - Prof. Christopher Andrew, University of Cambridge

'This is intelligence history at its most meticulous.  Desmond Morton's extraordinary career, especially when he stood at Churchill's ear, has been a subject of fascination and speculation for decades.  Gill Bennett is brilliant both at puncturing the myths and substantiating the realities.' - Peter Hennessy, Atlee Professor of Contemporary British History, Queen Mary, University of London

‘In spite of maddening difficulties, she has written a first-class biography, which much extends our understanding of how the country was really governed between 1920 and 1945.’ - The Spectator

‘The secret role of Major Sir Desmond Morton, a British intelligence officer who became Winston Churchill’s private spy, has finally been exposed to public scrutiny after the release to an historian of key MI6 and Whitehall wartime records.’ - The Times

'This book is much more than a biography of Desond Morton; it is also a textbook on the history of SIS, including many tedious details of internal jealousies, so it is unlikely to achieve major sales (apart from the high cost). Nevertheless, as a piece of detective work uncovering information about an intensely private man, it will be required reading for those who want to know everything possible about an important figure at WSC's elbow.' - Paul Courtenay, Vice-Chairman & Hon Secretary, International Churchill Society (UK)