Cities Beyond Borders
Comparative and Transnational Approaches to Urban History 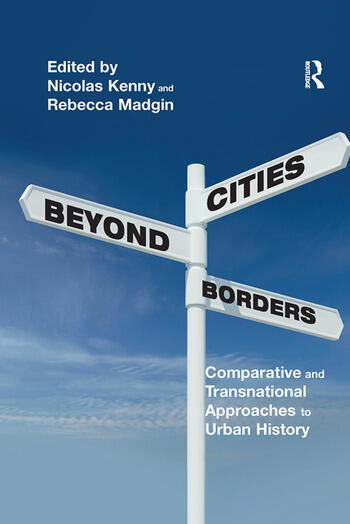 Cities Beyond Borders: Comparative and Transnational Approaches to Urban History

Drawing on a body of research covering primarily Europe and the Americas, but stretching also to Asia and Africa, from the mid-eighteenth century to the present, this book explores the methodological and heuristic implications of studying cities in relation to one another. Moving fluidly between comparative and transnational methods, as well as across regional and national lines, the contributors to this volume demonstrate the necessity of this broader view in assessing not just the fundamentals of urban life, the way cities are occupied and organised on a daily basis, but also the urban mindscape, the way cities are imagined and represented. In doing so the volume provides valuable insights into the advantages and limitations of using multiple cities to form historical inquiries.

Nicolas Kenny is a member of the History Department at Simon Fraser University. His research examines the bodily and emotional relationship to the urban environment in the nineteenth and twentieth centuries, focussing especially on Montreal and Brussels in a comparative and transnational context. He is the author of The Feel of the City: Experiences of Urban Transformation (2014). Rebecca Madgin is Senior Lecturer in Urban Development and Management in the School of Social and Political Sciences at the University of Glasgow. She currently researches the economic and emotional values of heritage in relation to urban development. Her work is located in an international context spanning the twentieth and twenty-first centuries, and she is the author of Heritage, Culture and Conservation: Managing the Urban Renaissance (2009).