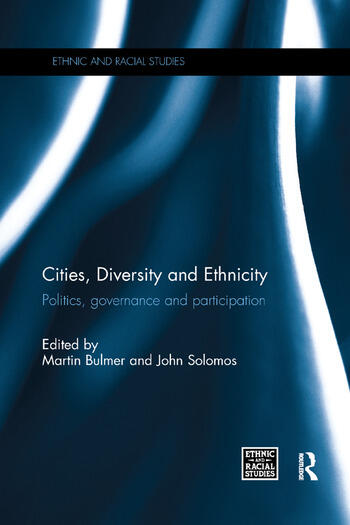 This volume brings together a variety of studies on the question of cities, ethnicity and diversity. Contributions cover various facets of life in contemporary cities, ranging from the role which street markets play in diverse neighbourhoods, to everyday multiculture in a specific street, the role of community and hometown associations among migrant communities, expressions of ethnicity in urban neighbourhoods, and the changing dynamics of integration and community cohesion. This book will be of interest to those who are concerned with developing a better understanding of how urban communities are being transformed by the development of new patterns of migration and ethnic mobilisation. With contributions from a wide range of scholarly and national backgrounds, each chapter helps to provide an overview both of current trends and of historical patterns and processes. Collectively they provide important insights into the shifting patterns of community and identity in increasingly diverse communities and neighbourhoods. This book was originally published as a special issue of Ethnic and Racial Studies.

3. The perception of ethnic diversity and anti-immigrant sentiments: a multilevel analysis of local communities in Belgium Marc Hooghe and Thomas de Vroome

6. Narratives of ethnic identity among practitioners in community settings in the northeast of England Judith Parks and Kye Askins

10. Back to the Future: revisiting the contact hypothesis at Turkish and mixed non-profit organizations in Amsterdam Wahideh Achbari

11. The early history of migration and settlement of Yemenis in Cardiff, 1939-1970: religion and ethnicity as social capital Jody Mellor and Sophie Gilliat-Ray

Martin Bulmer is Emeritus Professor of Sociology at the University of Surrey, Guildford, UK. He is the author and editor of many books.

is Professor of Sociology and Head of Department at the University of Warwick, UK. His most recent publications are Race, Multiculture and Social Policy (with Alice Bloch and Sarah Neal) and Theories of Race and Ethnic Relations: Contemporary Debates and Perspectives (with Karim Murji).