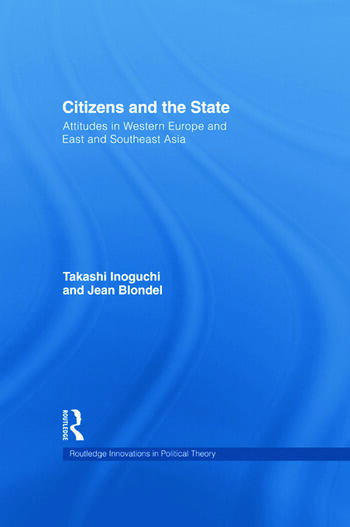 Citizens and the State: Attitudes in Western Europe and East and Southeast Asia

Innovatively, the book attempts to answer these questions by first setting up six types of relationship between citizens and the state via factor analysis of the survey data pertaining identity, confidence and satisfaction then by examining country profiles more closely and beyond the six types.

Takashi Inoguchi is Emeritus Professor of Political Science at the University of Tokyo, Japan.

'This rich collection offers a unique assessment of public opinion in nine European and nine Asian countries. It is the most systematic and up-to-date cross-regional exploration of vital issues of contemporary politics. Scholars will find a treasure trove of highly relevant data and probing and imaginative interpretations.'