Citizenship and the Nation-State in Greece and Turkey 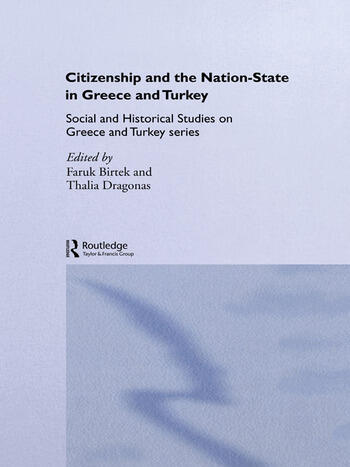 Citizenship and the Nation-State in Greece and Turkey

The volume is divided into two parts: 'Empire and Nation-State' and 'Nation and Civil Society' and covers issues such as Turkish and Greek nationalism, the formation of the Greek State, the impact of the Greek War of Independence in transforming the Ottoman Empire, civil society in Greece during the post-World War II period, the concept of citizenship as far as the rights of women are concerned in Greece and in Turkey, and the production and reproduction of nation in the educational discourse.

Part 1 Empire and Nation-State 1. A History and Geography of Turkish Nationalism 2. The Formation of the State in Greece, 1830-1914 3. Greek Bull in the China Shop of Ottoman 'Grand Illusion': Greece in the Making of a Modern Turkey 4. Nation and the People: The Plasticity of a Relationship 5. 'Do not think of the Greeks as Agricultural Labourers': Ottoman Responses to the Greek War of Independence Part 2 Nation and Civil Society 6. Civil Society and Citizenship in Post War Greece 7. Women's Challenge to Citizenship in Turkey 8. Between Duties and Rights: Gender and Citizenship in Greece, 1864-1952 9. Citizenship in Context: Rethinking Women's Relationship to the Law in Turkey 10. Greek and Turkish Students' views on History, the Nation and Democracy 11. Speculative Thoughts on Nations and Nationalism with Special Reference to Turkey and Greece

Faruk Birtek is Chairman of the Dept of Sociology, Bogazici University, Istanbul. He has been a visiting faculty at the Universities of Bielefeld, Germany; and of California, Berkeley; The Collegium, Budapest; and most recently at the University of Michigan.
Thalia Dragonas is a Professor in Social Psychology at the Department of Early Childhood Education at the University of Athens. She is also a member of the Board of the Greek Open University and of the Centre of Educational Research.