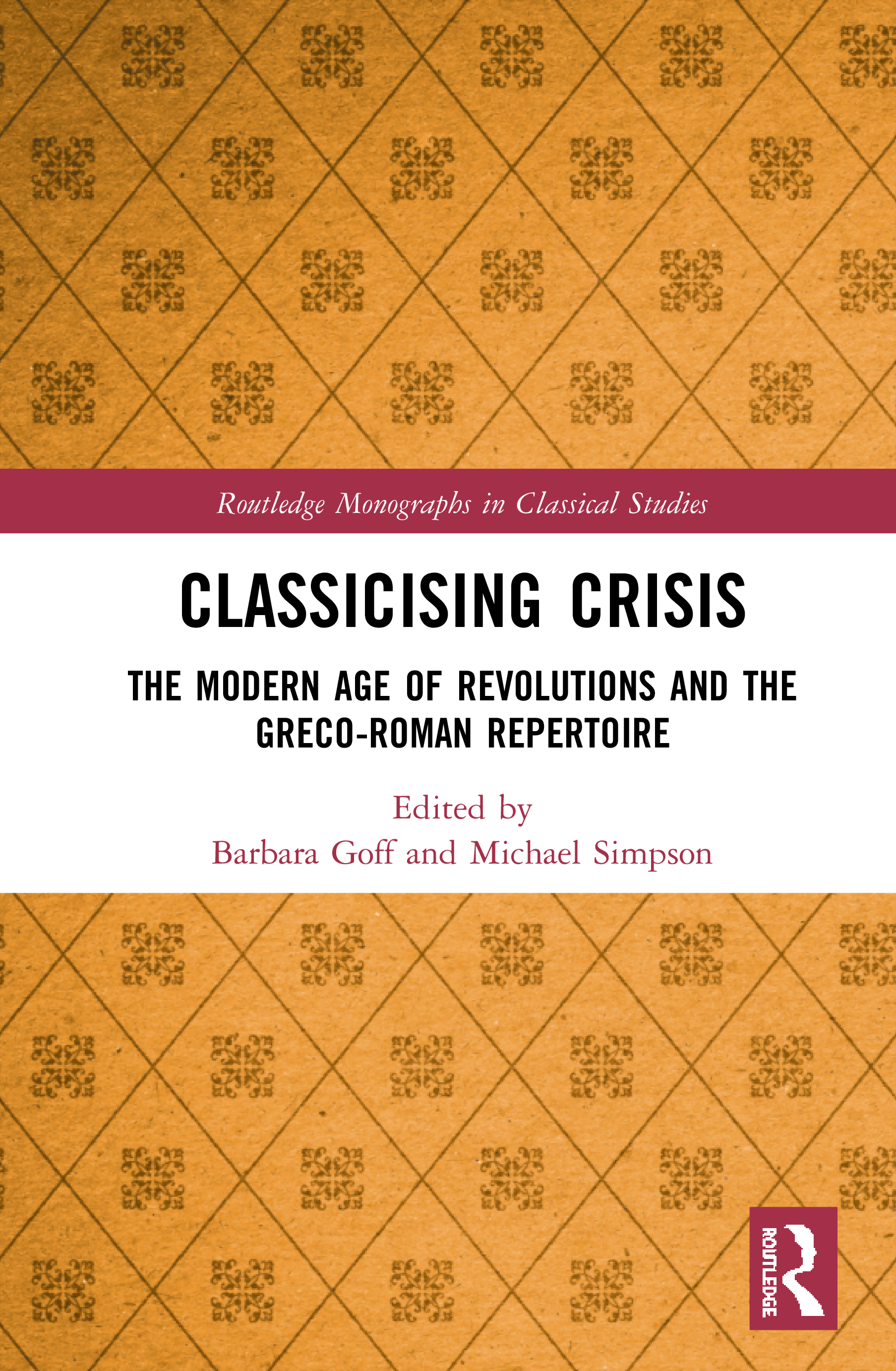 The Modern Age of Revolutions and the Greco-Roman Repertoire, 1st Edition

Geopolitical shifts and economic shocks, from the Early Modern period to the 21st century, are frequently represented in terms of classical antecedents. In this book, an international team of contributors - working across the disciplines of Classics, History, Politics, and English - addresses a range of revolutionary transformations, in England, America, France, Haiti, Greece, Italy, Russia, Germany, and a recently globalised world, all of which were accorded the classical treatment.

The chapters investigate discrete cases of classicising crisis, while the Introduction highlights patterns among them. The book asks: are classical equations a prized ideal, when evidence warrants, or linkages forced by an implacable will to power, or good faith attempts to make sense of events otherwise bafflingly unfamiliar and dangerous? Finally, do the events thus classicised retain, even increase, their power to disturb and energise, or are they ultimately contained?

Classicising Crisis: The Modern Age of Revolutions and the Greco-Roman Repertoire

is essential reading for students and scholars of classics, classical reception, and political thought in Europe and the Americas.

3. Virtue, Representation, and the Politics of Ancient Greek History during the 1790s in Britain Sebastian Robins

4. The Night of the Statues: revolution and classicism in Alejo Carpentier’s The Kingdom of this World Adam Lecznar

7. Classics, Crisis and the Soviet Experiment to 1939 Henry Stead and Hanna Paulouskaya

Barbara Goff is Professor of Classics at the University of Reading, UK. She is the author of Your Secret Language: Classics in the British Colonies of West Africa (2013). With Michael Simpson she is co-author of Crossroads in the Black Aegean: Oedipus, Antigone and Dramas of the African Diaspora (2007) and co-editor of Thinking the Olympics: the Classical Tradition and the Modern Games (2011).

is Senior Lecturer in English Literature at Goldsmiths, University of London, UK. He is currently completing a single-authored book titled Lost Plots: Romanticism and the Distractions of Reading, and is collaborating with Barbara Goff on a major project called Working Classics: Greece, Rome, and the British Labour Movement.