Classics and Interpretations
The Hermeneutic Traditions in Chinese Culture 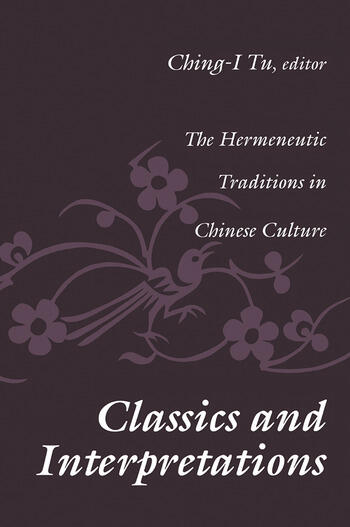 Classics and Interpretations: The Hermeneutic Traditions in Chinese Culture

This volume makes a concerted effort to remedy our ignorance of the Chinese hermeneutical tradition. Part 1, "The Great Learning and Hermeneutics," demonstrates the use of commentary to define how the individual creates his social self, and discusses differing interpretations of the Ta-hsueh text and its treatment as either canonical or heterodox. Part 2, "Canonicity and Orthodoxy," considers the philosophical touchstones employed by Neo-Confucian canonical exegetes and polemicists, and discusses the Han canonization of the scriptural Five Classics, while illuminating a double standard that existed in the hermeneutical regime of late imperial China. Part 3, "Hermeneutics as Politics," discusses the transformation of both the classics and scholars, and explores the dominant hermeneutic tradition in Chinese historiography, the scriptural tradition and reinterpretation of the Ch'un-ch'iu, and reveals the pragmatism of Chinese hermeneutics through comparison of the Sung debates over the Mencius. The concluding sections include essays on "Chu Hsi and Interpretation of Chinese Classics," "Hermeneutic Traditions in Chinese Poetics and Non-Confucian Contexts," "Reinterpretation of Confucian Texts in the Ming-Ch'ing Period," and "Contemporary Interpretations of Confucian Culture."

Through these literate and brilliantly written essays the reader witnesses not merely the great breadth and depth of Chinese hermeneutics but also its continuity and evolutionary vigor. This volume will excite scholars of the Confucian, Buddhist, and Taoist systems of thought and belief as well as students of history and hermeneutics.