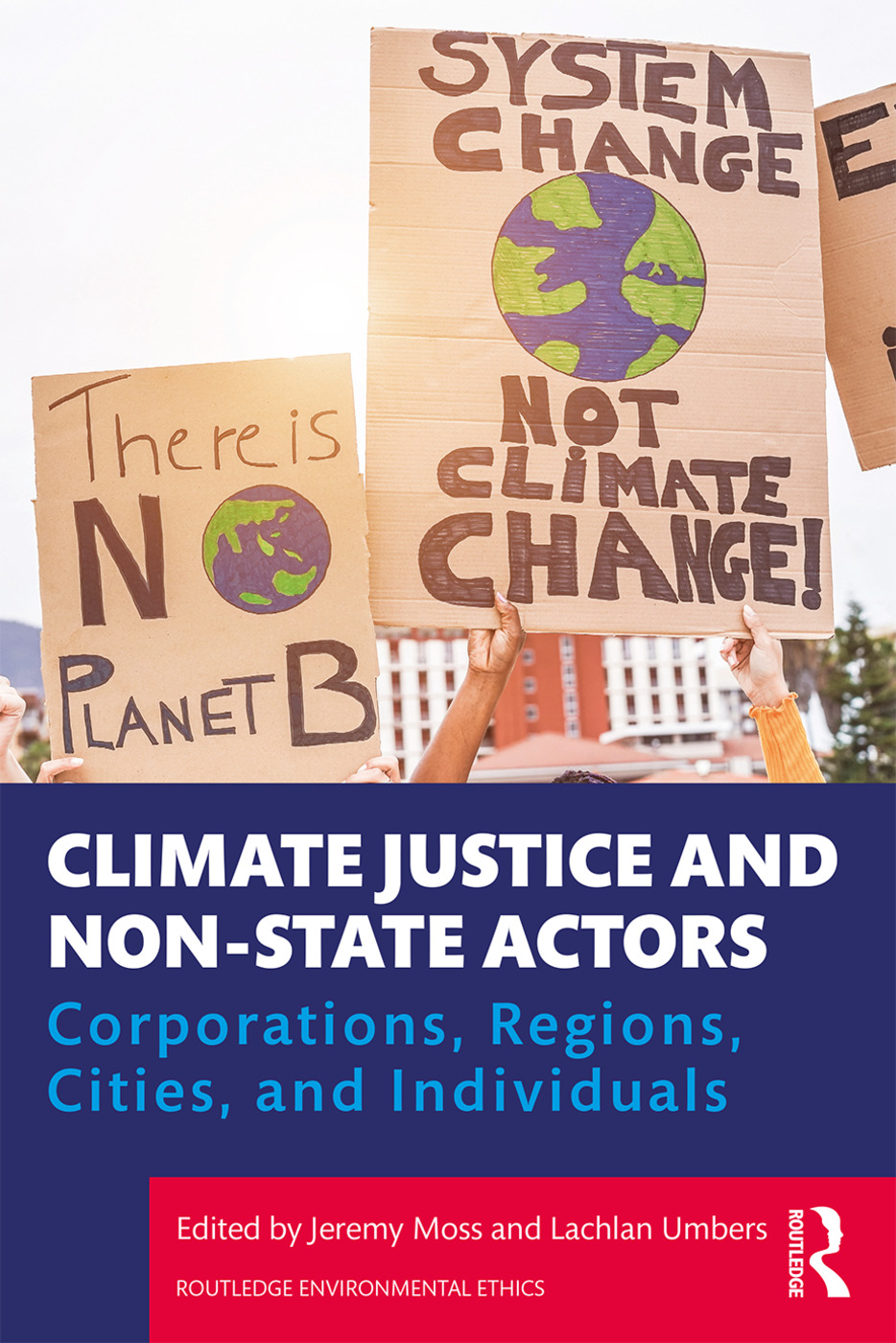 This book investigates the relationship between non-state actors and climate justice from a philosophical perspective.

The climate justice literature remains largely focused upon the rights and duties of states. Yet, for decades, states have failed to take adequate steps to address climate change. This has led some to suggest that, if severe climate change and its attendant harms are to be avoided, non-state actors are going to have to step into the breach. This collection represents the first attempt to systematically examine the climate duties of the most significant non-state actors – corporations, sub-national political communities, and individuals.

Targeted at academic philosophers working on climate justice, this collection will also be of great interest to students and scholars of global justice, applied ethics, political philosophy and environmental humanities.

Chapter 7: Are We Morally Required to Reduce Our Carbon Footprint Independently of What Others Do?

Jeremy Moss is professor of political philosophy at the University of New South Wales, Sydney. His main research interests are in political philosophy and applied philosophy. Current research interests include projects on: climate justice, the ethics of renewable energy as well as the ethical issues associated with climate transitions. He is Director of the Practical Justice Initiative and leads the Climate Justice Research program at UNSW. Moss has published several books including: Reassessing Egalitarianism, Climate Change and Social Justice, and Climate Change and Justice (Cambridge University Press).

Books in this series can cover topics in a range of environmental contexts, including individual responsibility for climate change, conceptual matters affecting climate policy, the moral underpinnings of endangered species protection, complications facing wildlife management, the nature of extinction, the ethics of reintroduction and assisted migration, reparative responsibilities to restore, among many others.

We welcome book proposals from all branches of ethics, political theory, and philosophy more broadly, aiming to create a collection of work that touches on the most pressing environmental issues of our time. We favour manuscripts aimed at an international readership and written in a lively style that minimizes jargon. As our readership includes scholars and students from across the disciplinary spectrum, we also hope to support work that both brings practical relevance to theoretical questions for academics to further develop, but that also assists in conveying important conceptual insights to environmental policy makers, managers, and academics in other fields.