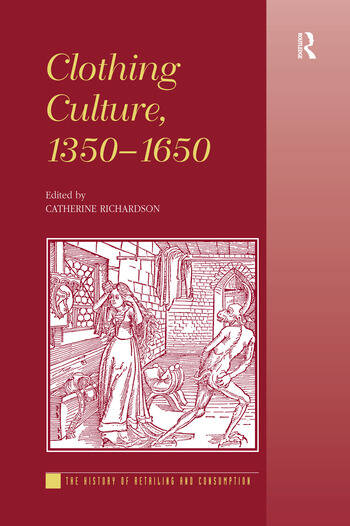 Addressing the subject of clothing in relation to such fundamental issues as national identity, social distinction, gender, the body, religion and politics, Clothing Culture, 1350-1650 provides a springboard into one of the most fascinating yet least understood aspects of social and cultural history. Nowhere in medieval and early modern European society was its hierarchical and social divisions more obviously reflected than in the sphere of clothing. Indeed, one of the few constant themes of writers, chroniclers, diarists and commentators from Chaucer to Pepys was the subject of fashion and clothes. Whether it was lauding the magnificence of court, warning against the vanity of fashion, describing the latest modes, or decrying the habit of the lower orders to ape the dress of their social superiors, people throughout history have been fascinated by the symbolism, power and messages that clothes can project. Yet despite this contemporary interest, clothing as a subject of historical enquiry has been a largely neglected field of academic study. Whilst it has been discussed in relation to various disciplines, it has not in many cases found a place as a central topic of analysis in its own right. The essays presented in this volume form part of a growing recent trend to put fashion and clothing back into the centre ground of historical research. From Russia to Rome, Ireland to France, this volume contains a wealth of examples of the numerous ways clothing was shaped by, and helped to shape, medieval and early modern European society. Furthermore, it demonstrates how the study of clothing can illuminate other facets of life and why it deserves to be treated as a central, rather than peripheral, facet of European history.

Catherine Richardson is lecturer in English and History, and Fellow of the Shakespeare Institute at the University of Birmingham.

'Much of the research presented in this volume draws on textual and archival evidence, often in the form of legal records, and in this respect Clothing Culture makes a decisive move away from more traditional dress studies... the result is a collection of innovative and thought-provoking articles.' Textile History