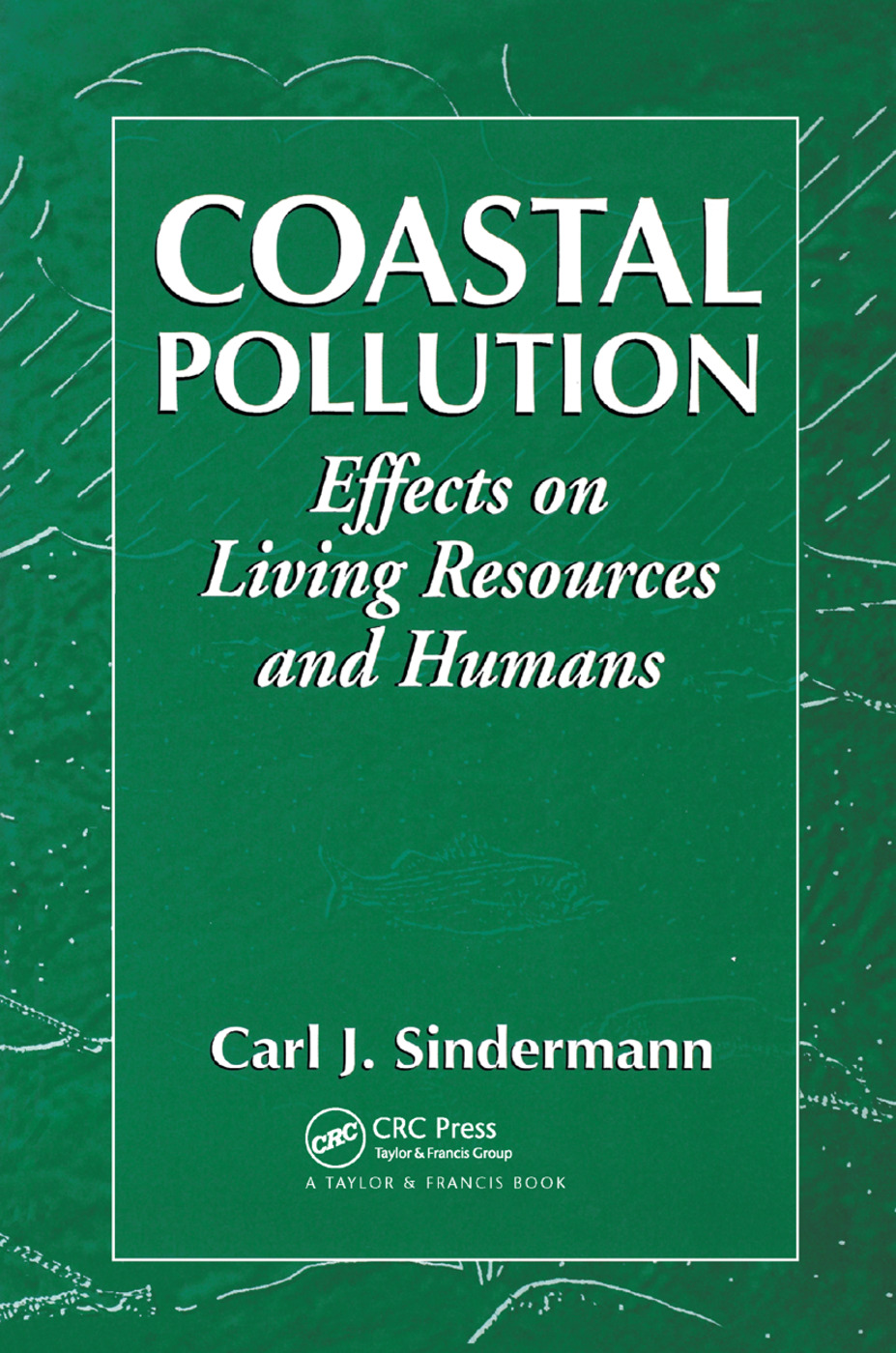 In 1996, after more than a decade of researching the effects of over-population and the consequent pollution of the greater metropolitan New York City area, Carl Sindermann published his observations and conclusions in Ocean Pollution: Effects on Living Resources and Humans, a mostly technical document that emphasized the pathological effects of coastal pollution. The stressed species inhabiting the coastal waters of New York Bight had been the subject of several laboratory programs, which when integrated with ongoing pollution studies, provided a superb opportunity to assess the effects of human impact upon a fragile coastal system.

Coastal Pollution: Effects on Living Resources and Humans is a highly lucid expansion and revision of that earlier book that preserves some of the technical aspects and enlightening vignettes recorded in the original. Organized into three distinct sections this work-

I. Recounts eight specific horror stories based mostly on the consequences of coastal pollution

II. Surveys the effects of coastal pollution on resource species such as fish and shellfish and marine mammals

III. Examines the effects of coastal pollution on humans

Sindermann ends the work by drawing conclusions and offering predictions for the future. Reflecting back over his notable career and beyond, the author ventures back as far as the 1950s in an effort to make readers appreciate the long historical record that is often forgotten due to our focus on the here ad now.

"Science practiced without occasional genuflection to its history is too flat and featureless - intense but without depth - stimulating but lacking an important link with the past. We can do better."

Intending to express insight that goes beyond the discussion of any one area, the author uses his experiences at the Sandy Hook laboratory as a lens to provide us with a poignant and well-documented understanding of the human impact on the inshore marine