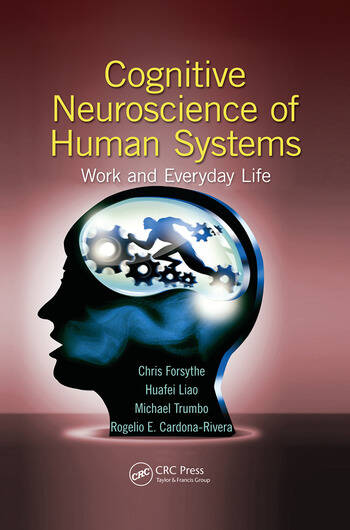 The book explains the underlying basis for well-established principles from human factors, ergonomics, and industrial engineering and design. It also sheds new light on factors affecting human performance and behavior. This is not an academic treatment of neuroscience, but rather a translation that makes modern brain science accessible and easily applicable to systems design, education and training, and the development of policies and practices. The authors supply clear and direct guidance on the applications of principles from brain science to everyday problems.

With discussions of topics from brain science and their relevance to everyday activities, the book focuses on the science, describing the findings and the studies producing these findings. It then decodes how these findings relate to everyday life and how you can integrate them into your work to achieve more effective outcomes based on a fundamental understanding of how the operations of the human brain produce behavior and modulate performance.

A Few Basics
Neurons: A Basic Unit of the Brain
Neurons Live in a Protected Fluid Environment
The Brain Sustains a Homeostatic Balance
Our Brains Are Continually Being Shaped
Many Functions May Be Localized to Specific
Regions of the Brain
Everyday Activities Involve Integrated Functions Dispersed
throughout the Brain
The Brain Is a Complex System, Yet Is Only One Component
in a Larger System of Systems
No Two Brains Work Exactly the Same
Our Best Measures Do Not Tell Us Exactly How the Brain Works
Magnetoencephalography (MEG)
Acknowledgments
References

Strengths and Weaknesses
How to Cope with the Inherent Weaknesses of the Human Brain
Designating to Our Strengths
The Google Effect and the Symbiosis between Brain and
Technology
Once a Task Has Become Automated, Conscious Control
Can Be Surprisingly Effortful
Are We Multitaskers or Merely Good Task Switchers?
Brains Reflexively Respond To Exceptions
As "Pattern-Seeking Primates," the Default Condition Is to Believe
Acknowledgments
References

Expertise
Anders Ericsson and the Notion of Deliberative Practice
What Makes an Expert Different?
Acknowledgments
References

Chris Forsythe is a Distinguished Member of the Technical Staff at Sandia National Laboratories, in Albuquerque, NM.  He has a PhD in Experimental Psychology and MS in Biopsychology from the University of Memphis.  His primary expertise lies in the application of technology to improve human performance.  He has worked in diverse areas that include: human-machine transactions, high consequence systems, cyber, automotive systems, training and neurotechnology.  His research interests encompass individual differences in the neurophysiology of human performance, advanced training technologies development, and human-machine systems integration.  He regularly conducts seminars on the application of brain science to everyday life for audiences that extend from professional conference attendees to elementary school age children, and works extensively with youth to promote their interest in science and technology.

is a Senior Technical Staff Member in the Risk and Reliability Analysis Department of Sandia National Laboratories (SNL), Albuquerque, NM, USA.  He has many years of experience with human performance modeling in the nuclear industry and his work currently focuses on human factors and human reliability in complex systems and high-risk environments.  He holds a B.S. and M.S. in Control Theories and Control Engineering from Tsinghua University, Beijing, China, and a Ph.D. in Human Factors and Ergonomics from Purdue University.

is a doctoral candidate in the Cognition, Brain, and Behavior program within the University of New Mexico Psychology Department, where he is further affiliated with the Psychology Clinical Neuroscience Center. Additionally, Michael conducts research on human performance at Sandia National Laboratories and through The Mind Research Network and Lovelace Biomedical and Environmental Research Institute. Research interests center on facilitation of human performance in both clinical and healthy populations in a variety of professional and educational realms, with a particular emphasis on the use of electrical brain stimulation in order to achieve such.

is a Ph.D. student in Computer Science at North Carolina State University and is advised by Dr. R. Michael Young in the Liquid Narrative Research Group.  Rogelio’s thesis work is at the intersection of artificial intelligence, cognitive science, narratology and game design and focuses on creating a cognitive model of the player’s understanding of an unfolding story in an interactive narrative through the use of narrative affordances.  Rogelio completed a M.Sc. in Computer Science at North Carolina State University, and a B.Sc. in Computer Engineering at the University of Puerto Rico at Mayagüez.  He has held internship positions at Sandia National Laboratories, Apple, The MIT/Lincoln Laboratory and Goldman Sachs.  Rogelio is a Department of Energy Computational Science Graduate Fellow and a GEM Fellow.

"I think this book is very important in that it allows the layperson to connect the pieces of the brain puzzle back to him or herself. I think many people conceptually understand that caffeine is a psychoactive substance. The popular media does a good job at advertising how such substances have benefits to our cognitive processes like memory. However, to really grasp that each individual needs the proper dosing at the right time for caffeine to be beneficial is lost. Most people use caffeine to combat sleep deprivation and are not aware of the harm they are doing when they do not consider how caffeine actually affects the brain."
—Cali Fidopiastis, University of Alabama at Birmingham