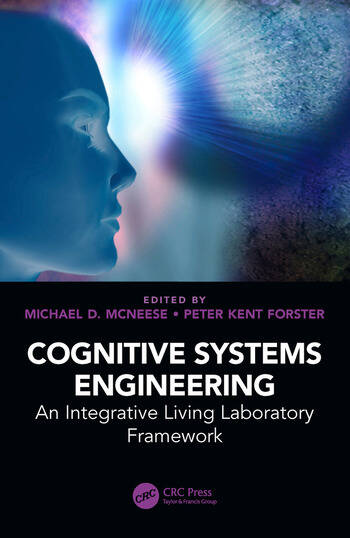 This book provides a framework for integrating complex systems that are problem-centric, human-centered, and provides an interdisciplinary, multi-methodological purview of multiple perspectives surrounding the human factors/human actors within living ecosystems. This book will provide useful theoretical and practical information to human factors, human-computer interaction, cognitive systems engineering personnel who are currently engaged in human-centered design or other applied aspects of modeling, simulation, and design that requires joint understanding of theory and practice.

Dr. Michael McNeese is a Professor and Director of the MINDS Group (Multidisciplinary Initiatives in Naturalistic Decision Systems) at the College of Information Sciences and Technology (IST), The Pennsylvania State University, University Park, PA. Dr. McNeese is also a Professor of Psychology (affiliated) in the Department of Psychology, and a Professor of Education (affiliated) in the Department of Learning Systems and Performance, at Penn State. Recently he stepped down as the Senior Associate Dean for Research, Graduate Studies, and Academic Affairs at the College of IST. Dr. McNeese also served as Department Head and Associate Dean of Research and Graduate Programs in the College, and was part of the original ten founding professors in the College of IST. He has been the principal investigator and managed numerous research projects involving cognitive systems engineering, human factors, human-autonomous interaction, social-cognitive informatics, cognitive psychology, team cognition, user experience, situation awareness, and interactive modeling and simulations for more than 35 years. His research has been funded by diverse sources (NSF, ONR, ARL, ARO, AFRL, NGIA, Lockheed Martin) through a wide variety of program offices and initiatives. Prior to moving to Penn State in 2000, he was a Senior Scientist and Director of Collaborative Design Technology at the USAF Research Laboratory (Wright-Patterson Air Force Base, Ohio) He was one of the principal scientists in the USAF responsible for cognitive systems engineering and team cognition as related to command and control and emergency operations. Dr. McNeese received his Ph.D. in Cognitive Science from Vanderbilt University and an M.A. in Experimental-Cognitive Psychology from the University of Dayton, was a visiting professor at The Ohio State University, Department of Integrated Systems Engineering, and was a Research Associate at the Vanderbilt University Center for Learning Technology. He has over 250 publications in research/application domains including emergency crisis management; fighter pilot performance; pilot-vehicle interaction; battle management command, control, communication operations; cyber and information security; intelligence and image analyst work; geographical intelligence gathering, information fusion, police cognition, natural gas exploitation, emergency medicine; and aviation. His most recent work focuses on the cognitive science perspectives within cyber-security utilizing the interdisciplinary Living Laboratory Framework as articulated in this book.

Dr. Peter K. Forster is Associate Dean for Online and Professional Education and a member of the graduate faculty, in the College of Information Sciences and Technology (IST) at Penn State. He is member of IST’s Multidisciplinary Initiatives in Naturalistic Decision Systems (MINDS) Center and the Center for Enterprise Architecture working on risk and crisis management including using simulations and tabletop exercises to improve command and control. He holds a Ph.D. in Political Science (International Relations), has affiliate status with the School of International Affairs, and is the co-chair of the NATO/OSCE Partnership for Peace Consortium Combating Terrorism Working Group (CTWG) which brings academics and practitioners together to develop policy recommendations on counter-terrorism strategy and tactics.

Dr. Forster’s primary areas of research and teaching interests are terrorism/counter-terrorism, risk and crisis management, international relations and national security and homeland security. Most recently, Forster developed and facilitated a tabletop exercise involving representatives from 40 countries under the auspices of the CTWG. These events are being repeated in a number of PfPC countries. Since 2010, he has been the principle investigator on a grant exploring integrating processes and technologies to improve law enforcement’s situational awareness of major issues such as human trafficking. He also oversees a research project on improving the understanding of how extremist organizations’ recruit, vet, and integrate Americans.

During his career, Dr. Forster has been involved in security sector reform initiatives including defense institution building in the Caucasus and South Central Europe as well as consulting on national distance education initiatives in Central Asia and the Caucasus. He is the co-author and contributing author to books on NATO’s military burden sharing and intervention and cognitive systems including Multinational Military Intervention, Stephen J. Cimbala & Peter K. Forster and Policy, Strategy & War: The George W. Bush Defense Program, Stephen J. Cimbala Ed. and Cognitive Systems Engineering Michael D, McNeese & Peter K. Forster, Eds. (forthcoming). He has published articles on technology and terrorism, understanding distributed team cognition, homeland security, and American foreign policy and interests in Central Asia and the Caucasus.

Dr. Forster has extensive experience in online education including program design, development, and implementation. He consulted on developing national online programs in Central Asia and corporate program nationally and internationally, and continues to teach online for Penn State. Dr. Forster teaches courses on crisis and risk management, cyber-crime, terrorism, and war; counter-terrorism, the impact of information on 21st century society, war and conflict, and the international relations of the Middle East.