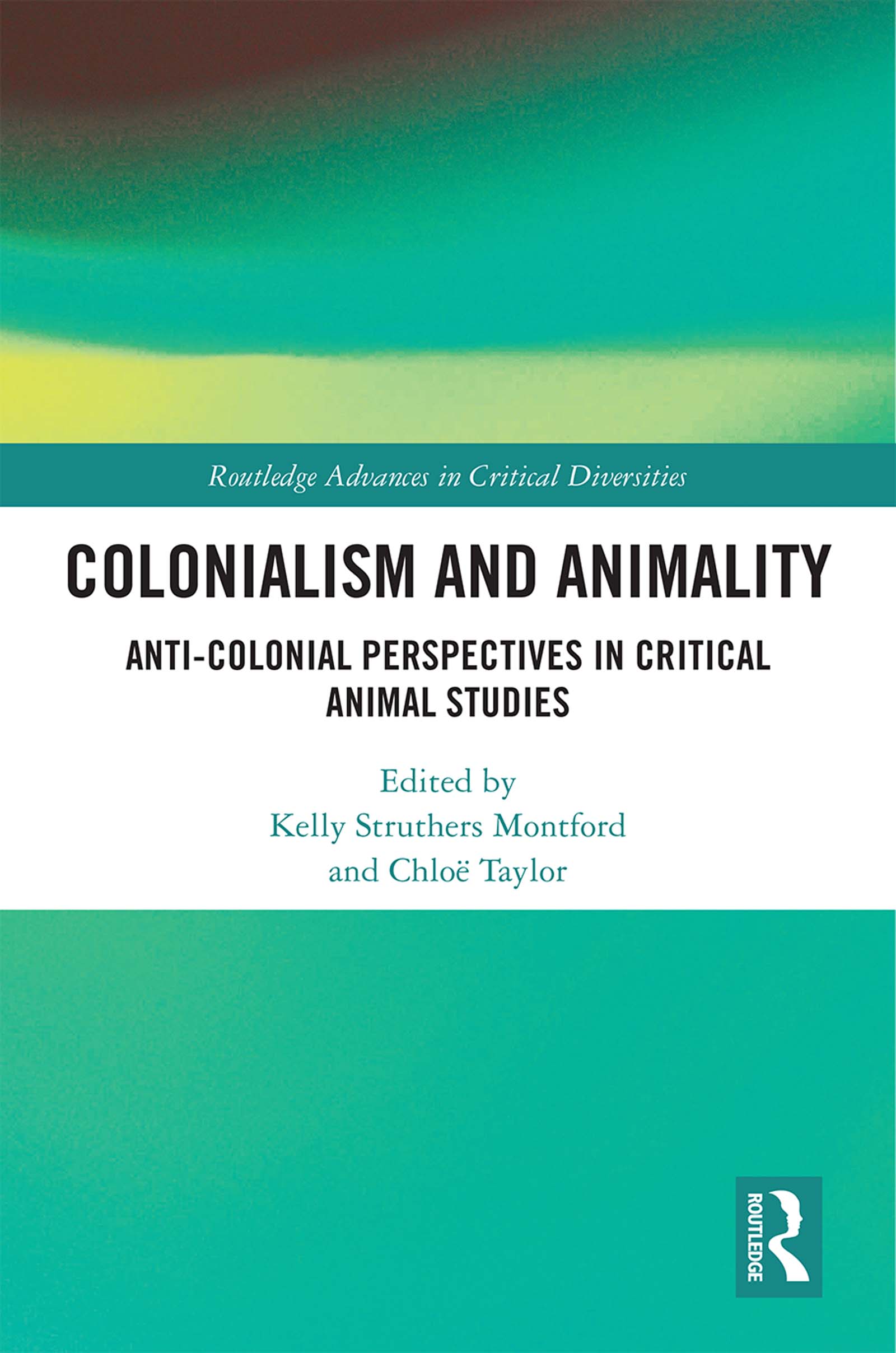 The fields of settler colonial, decolonial, and postcolonial studies, as well as Critical Animal Studies are growing rapidly, but how do the implications of these endeavours intersect? Colonialism and Animality: Anti-Colonial Perspectives in Critical Animal Studies explores some of the ways that the oppression of Indigenous persons and more-than-human animals are interconnected.

Composed of twelve chapters by an international team of specialists plus a Foreword by Dinesh Wadiwel, the book is divided into four themes:

This book will be of interest to undergraduate, postgraduate students, activists, as well as postdoctoral scholars, working in the areas of Critical Animal Studies, Native Studies, postcolonial and Critical Race Studies, with particular chapters being of interest to scholars and students in other fields, such as Cultural Studies, Animal Law, Critical Prison Studies, and radical criminology.

SECTION I: Tensions and Alliances Between Animal and Decolonial Activisms

2. Tensions in Contemporary Indigenous and Animal Advocacy Struggles: The Commercial Seal Hunt as a Case Study

3. Makah Whaling and the (Non)Ecological Indian

6. Beyond Edibility: Towards a Nonspeciesist, Decolonial Food Ontology

8. Dingoes and Dog-Whistling: A Cultural Politics of Race and Species in Australia

10. Constitutional Protections for Animals: A Comparative Animal-Centered and Postcolonial Reading

12. Toward A Theory of Multi-Species Carcerality

Kelly Struthers Montford is an Assistant Professor in the Department of History and Sociology at the University of British Columbia Okanagan.

is Professor of Women’s and Gender Studies at the University of Alberta in Edmonton, Canada.

Advances in Critical Diversities provides an exciting new publishing space to critically consider practices, meanings and understandings of "diversity," inequality and identity across time and place. The book series will have a particular focus on developing an extended conceptualization of diversity and division which incorporates dimensions of political, social, economic and cultural, as well as the bodily and intimate, to consider how diversity is lived-in, inhabited, mobilised and refused.