Combating Poverty in Europe
The German Welfare Regime in Practice 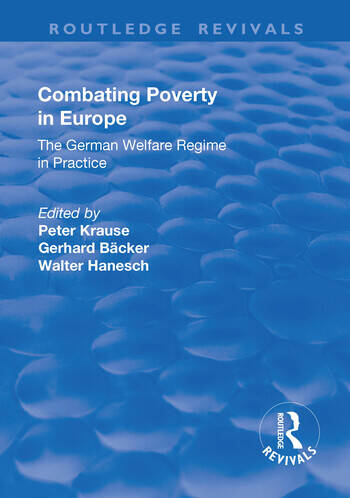 Combating Poverty in Europe: The German Welfare Regime in Practice

Title first published in 2003. This informative volume addresses the impact of the EU on national policies to combat poverty in European member states. The editors bring together leading academics to discuss the issue of and fight against poverty in Germany in particular, within the context of ongoing trends and debates across other European states.