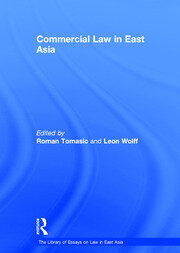 The shift of economic gravity towards East Asia requires a critical examination of law's role in the Asian Century. This volume explores the diverse scholarly perspectives on law's role in the economic rise of East Asia and moves from general debates, such as whether law enjoys primacy over culture, state intervention or free markets in East Asian capitalism, to specific case studies looking at the nature of law in East Asian negotiations, contracts, trade policy and corporate governance. The collection of articles exposes the clefts and cleavages in the scholarly literature explaining law's form, function and future in the Asian Century.