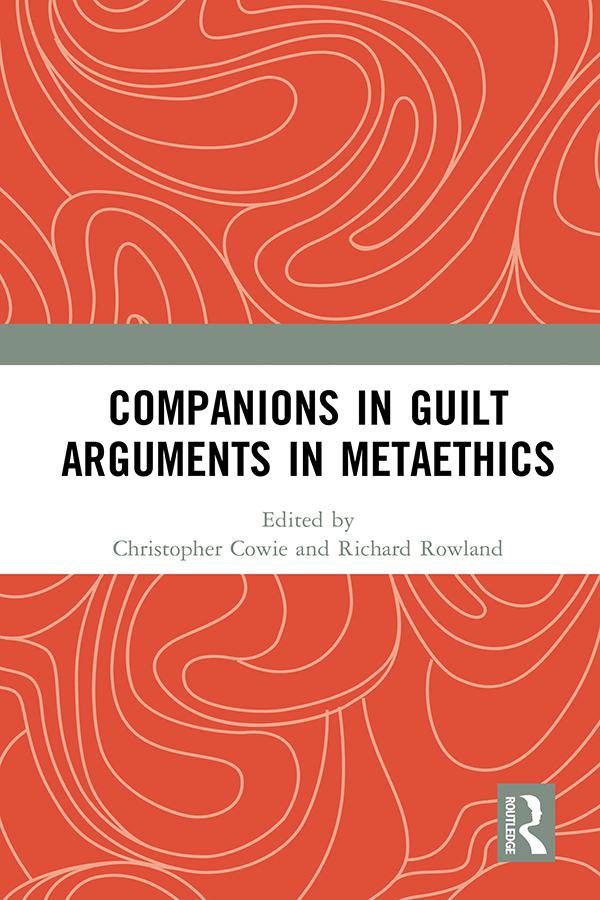 Companions in Guilt Arguments in Metaethics

Comparisons between morality and other ‘companion’ disciplines – such as mathematics, religion, or aesthetics – are commonly used in philosophy, often in the context of arguing for the objectivity of morality. This is known as the ‘companions in guilt’ strategy. It has been the subject of much debate in contemporary ethics and metaethics.

Companions in Guilt Arguments in Metaethics

is essential reading for advanced students and researchers working in moral theory and metaethics, as well as those in epistemology and philosophy of mathematics concerned with the intersection of these subjects with ethics.

3. Moral and epistemic normativity: The guilty and the innocent Richard Joyce

4. Metaethics Out of Speech Acts? Moral Error Theory and the Possibility of Speech Jonas Olson

11. Companions in Guilt Arguments in the Epistemology of Moral Disagreement Richard Rowland

12. Companions in Love: Iris Murdoch on Attunement in the Condition of Moral Realism Anna Bergqvist.

Christopher Cowie is an Assistant Professor in Philosophy at the University of Durham, UK. His book The Repugnant Conclusion: A Philosophical Inquiry is forthcoming with Routledge.

is a Senior Research Fellow at the Dianoia Institute of Philosophy, at the Australian Catholic University. He is author of The Normative and the Evaluative: The Buck-Passing Account of Value (OUP, 2019).