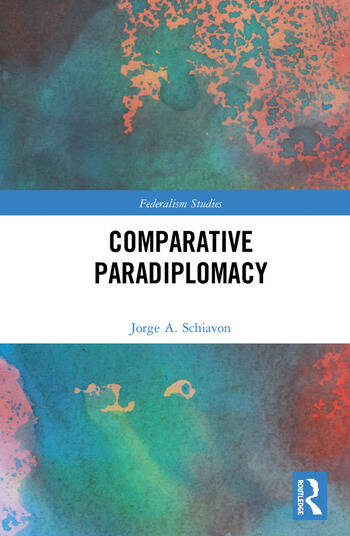 Studying paradiplomacy comparatively, this book explains why and how sub-state governments (SSG) conduct their international relations (IR) with external actors, and how federal authorities and local governments coordinate, or not, in the definition and implementation of the national foreign policy.

Sub-state diplomacy plays an increasingly influential international role as regions, federal states, provinces and cities seek to promote trade, investments, cooperation and partnership on a range of issues. This raises interesting new questions about the future of the state system. Schiavon conducts a comparative study of paradiplomacy in 11 federal systems which are representative of all the regions of the world, stages of economic development and degree of consolidation of their democratic institutions (Argentina, Australia, Belgium, Brazil, Canada, Germany, India, Mexico, Russia, South Africa and the United States). The author constructs a typology to measure and explain paradiplomacy based on domestic political institutions, especially constitutional provisions relating foreign affairs and the intergovernmental mechanisms for foreign policy decision making and implementation.

This comparative, systematic and theoretically based analysis of paradiplomacy between and within countries will be of interest to scholars and students of comparative politics, diplomacy, foreign policy, governance and federalism, as well as practitioners of diplomacy and paradiplomacy around the world.