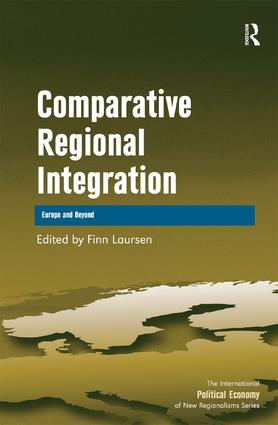 Europe and Beyond, 1st Edition

This volume features up-to-date studies of regional integration efforts in all major parts of the world, especially North America, South America, and East Asia. Comparisons are drawn between these efforts and those made in the EU, where integration has progressed much further. The book asks: what explains the variation in achievements? What kind of agreements and institutions are needed to produce regional integration? Is 'pooling and delegation' of sovereignty necessary to overcome 'collective action problems'? How important is regional leadership? This work is a major new contribution to the literature on regional integration, and will appeal to theorists, policymakers, students and other readers concerned about world developments. It will also be of value to courses covering international political economy, international relations and regional integration, at both undergraduate and graduate level.

'This volume provides valuable analysis of important ongoing regional projects, how they compare with the European Union, and the approaches which attempt to explain variation across such projects. The reader will gain a welcome overview of the broad field of comparative regionalism as well as a deeper understanding of key regional integration schemes.' Alberta Sbragia, University of Pittsburgh, USA 'This remarkable work does not only consider the relevance of the European experience for regional integration elsewhere but also draws upon examples from the other regions to illuminate the development of the EU from different theoretical perspectives. A Great Leap Forward in the emerging field of comparative regionalism!' BjÃ¶rn Hettne, University of Gothenburg, Sweden '… regional integration is a complex process. It may involve some or all of the economic, political, legal and security aspects. It may also be pursued under the different structure of domestic politics and international relations. These complexities make it difficult to conduct fruitful studies in comparative regionalism, and they also make it important to appreciate the unique experiences of European integration in a comparative framework. The book has made an important contribution in this regard.' Political Studies Review