The text covers recent advances in artificial intelligence, smart computing, and their applications in augmenting medical and health care systems. It will serve as an ideal reference text for graduate students and academic researchers in diverse engineering fields including electrical, electronics and communication, computer, and biomedical.

This book text discusses recent advances and applications of artificial intelligence and smart technologies in the field of healthcare. It highlights privacy issues faced in health care and health informatics using artificial intelligence and smart computing technologies. It covers nature-inspired computing algorithms such as genetic algorithms, particle swarm optimization algorithms, and common scrambling algorithms to study brain-computer interfaces. It will serve as an ideal reference text for graduate students and academic researchers in the fields of electrical engineering, electronics and communication engineering, computer engineering, and biomedical engineering.

Chapter 4
Precision Healthcare in the Era of IoT and Big Data: Monitoring of Self-care Activities
Sujit Bebortta and Dilip Senapati

Chapter 7
Exploring the role of AI, IoT and Blockchain during Covid-19: A bibliometric and network analysis
Kiran Sharma and Parul Khurana

Dr Akshansh Gupta is a scientist at CSIR-Central Electronic Engineering Research Institute Pilani Rajasthan. He has worked as a DST-funded postdoctoral research fellow as a principal investigator under the scheme of the Cognitive Science Research Initiative (CSRI) from the Department of Science and Technology (DST), Ministry of Science and Technology, Government of India, from 2016 to 2020 in School of Computational Integrative and Science, Jawaharlal Nehru University, New Delhi. He has many publications, including Springer, Elsevier, and IEEE Transaction. He received his master's and a PhD degree from the School of computer and systems sciences, JNU, in 2010 and 2015, respectively. His research interests include Pattern Recognition, Machine Learning, Data Mining Signal Processing, Brain Computer Interface, Cognitive Science, and IoT. He is also working as CO-PI on a consultancy project named "Development of Machine Learning Algorithms for Automated Classification Based on Advanced Signal Decomposition of EEG Signals" ICPS Program, DST Govt. of India.

Dr Mukesh Prasad (SMIEEE, ACM) is a Senior Lecturer in the School of Computer Science (SoCS), Faculty of Engineering and Information Technology (FEIT), University of Technology Sydney (UTS), Australia. His research expertise lies in developing new methods in artificial intelligence and machine learning approaches like big data analytics, and computer vision within the healthcare domain, biomedical research. He has published more than 100 articles, including several prestigious IEEE Transactions and other Top Q1 journals and conferences in the areas of Artificial Intelligence and Machine Learning. His current research interests include pattern recognition, control system, fuzzy logic, neural networks, the internet of things (IoT), data analytics, and brain-computer interface. He received an M.S. degree from the School of Computer Systems and Sciences, Jawaharlal Nehru University, New Delhi, India, in 2009, and a PhD degree from the Department of Computer Science, National Chiao Tung University, Hsinchu, Taiwan, in 2015. He worked as a principal engineer at Taiwan Semiconductor Manufacturing Company, Hsinchu, Taiwan, from 2016 to 2017. He started his academic career as a Lecturer with the University of Technology Sydney in 2017. He is also an Associate/Area Editor of several top journals in the field of machine learning, computational intelligence, and emergent technologies.

Prof. Chin-Teng Lin Distinguished Professor Chin-Teng Lin received a Bachelor's of Science from National Chiao-Tung University (NCTU), Taiwan, in 1986, and holds Master's and PhD degrees in Electrical Engineering from Purdue University, USA, received in 1989 and 1992, respectively. He is currently a distinguished professor and Co-Director of the Australian Artificial Intelligence Institute within the Faculty of Engineering and Information Technology at the University of Technology Sydney, Australia. He is also an Honorary Chair Professor of Electrical and Computer Engineering at NCTU. For his contributions to biologically inspired information systems, Prof Lin was awarded Fellowship with the IEEE in 2005 and the International Fuzzy Systems Association (IFSA) in 2012. He received the IEEE Fuzzy Systems Pioneer Award in 2017. He has held notable positions as editor-in-chief of IEEE Transactions on Fuzzy Systems from 2011 to 2016; seats on the Board of Governors for the IEEE Circuits and Systems (CAS) Society (2005-2008), IEEE Systems, Man, Cybernetics (SMC) Society (2003-2005), IEEE Computational Intelligence Society (2008-2010); Chair of the IEEE Taipei Section (2009-2010); Chair of IEEE CIS Awards Committee (2022); Distinguished Lecturer with the IEEE CAS Society (2003-2005) and the CIS Society (2015-2017); Chair of the IEEE CIS Distinguished Lecturer Program Committee (2018-2019); Deputy Editor-in-Chief of IEEE Transactions on Circuits and Systems-II (2006-2008); Program Chair of the IEEE International Conference on Systems, Man, and Cybernetics (2005); and General Chair of the 2011 IEEE International Conference on Fuzzy Systems. Prof Lin is the co-author of Neural Fuzzy Systems (Prentice-Hall) and the author Neural Fuzzy Control Systems with Structure and Parameter Learning (World Scientific). He has published more than 400 journal papers, including over 180 IEEE journal papers in neural networks, fuzzy systems, brain-computer interface, multimedia information processing, cognitive neuro-engineering, and human-machine teaming, that have been cited more than 30,000 times. Currently, his h-index is 82, and his i10-index is 356. 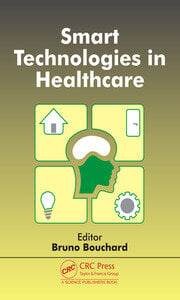