Computer-aided design (CAD) plays a key role in improving biomedical systems for various applications. It also helps in the detection, identification, predication, analysis and classification of diseases, in the management of chronic condition, and in the delivery of health services. This book discusses the uses of CAD to solve real-world problems and challenges in biomedical systems with the help of appropriate case studies and research simulation results. Aiming to overcome the gap between CAD and biomedical science, it describes behaviors, concepts, fundamentals, principles, case studies, and future directions for research including automatic identification of related disorders using CAD.

Presents concepts of CAD for biomedical modalities in different disorders

Varun Bajaj has been working as a faculty in the discipline of Electronics and Communication Engineering, at Indian Institute of Information Technology, Design and Manufacturing (IIITDM) Jabalpur, India since 2014. He worked as a visiting faculty in IIITDM from September 2013 to March 2014. He served as an Assistant Professor at Department of Electronics and Instrumentation, Shri Vaishnav Institute of Technology and Science, Indore, India during 2009-2010. He received B.E. degree in Electronics and Communication Engineering from Rajiv Gandhi Technological University, Bhopal, India in 2006, M.Tech. Degree with Honours in Microelectronics and VLSI design from Shri Govindram Seksaria Institute of Technology & Science, Indore, India in 2009. He received his Ph.D. degree in the Discipline of Electrical Engineering, at Indian Institute of Technology Indore, India in 2014. He is also serving as a Subject Editor-in-Chief of IET Electronics Letters. He served as a Subject Editor of IET Electronics Letters Nov -2018 to June 2020. He is IEEE Member and contributing as active technical reviewer of leading International journals of IEEE, IET, and Elsevier, etc. He has edited Modelling and Analysis of Active Biopotential Signals in Healthcare- Volume 1 published in IOP books. He has authored more than 90 research papers in various reputed international journals/conferences like IEEE Transactions, Elsevier, Springer, IOP etc. The citation impact of his publications is around 1715 citations, h-index of 19, and i10 index of 36 (Google Scholar May 2020). He has guided three (03) PhD Scholars, 5 M. Tech. Scholars. He is a recipient of various reputed national and international awards. His research interests include biomedical signal processing, image processing, time-frequency analysis, and computer-aided medical diagnosis. G R Sinha is Adjunct Professor at International Institute of Information Technology Bangalore (IIITB) and currently deputed as Professor at Myanmar Institute of Information Technology (MIIT) Mandalay Myanmar. He obtained his B.E. (Electronics Engineering) and M.Tech. (Computer Technology) with Gold Medal from National Institute of Technology Raipur, India. He received his Ph.D. in Electronics & Telecommunication Engineering from Chhattisgarh Swami Vivekanand Technical University (CSVTU) Bhilai, India. He is Visiting Professor (Honorary) in Sri Lanka Technological Campus Colombo for one year 2019-2020. He has published 254 research papers, book chapters and books at International and National level that includes Biometrics published by Wiley India, a subsidiary of John Wiley; Medical Image Processing published by Prentice Hall of India and 05 Edited books on Cognitive Science-Two Volumes (Elsevier), Optimization Theory (IOP) and Biometrics (Springer). He is active reviewer and editorial member of more than 12 Reputed InternationalJournals such IEEE Transactions on Image Processing, Elsevier Computer Methods and Programs in Biomedicine, Springer Journal of Neural Computing and Applications etc. He has teaching and research experience of 21 years. He has been Dean of Faculty and Executive Council Member of CSVTU and currently a member of Senate of MIIT. Dr Sinha has been delivering ACM lectures as ACM Distinguished Speaker in the field of DSP since 2017 across the world. His few more important assignments include Expert Member for Vocational Training Programme by Tata Institute of Social Sciences (TISS) for Two Years (2017-2019); Chhattisgarh Representative of IEEE MP Sub-Section Executive Council (2016-2019); Distinguished Speaker in the field of Digital Image Processing by Computer Society of India (2015). He is recipient of many awards and recognitions like TCS Award 2014 for Outstanding contributions in Campus Commune of TCS, Rajaram Bapu Patil ISTE National Award 2013 for Promising Teacher in Technical Education by ISTE New Delhi, Emerging Chhattisgarh Award 2013, Engineer of the Year Award 2011, Young Engineer Award 2008, Young Scientist Award 2005, IEI Expert Engineer Award 2007, ISCA Young Scientist Award 2006 Nomination and Deshbandhu Merit Scholarship for 05 years. He served as Distinguished IEEE Lecturer in IEEE India council for Bombay section. He is Senior Member of IEEE, Fellow of Institute of Engineers India and Fellow of IETE India. He has delivered more than 50 Keynote/Invited Talks and Chaired many Technical Sessions in International Conferences across the world such as Singapore, Myanmar, Sri Lanka, Bangalore, Mumbai, Trivandrum, Hyderabad, Mysore, Allahabad, Nagpur, Yangon, Meikhtila. His Special Session on “Deep Learning in Biometrics” was included in IEEE International Conference on Image Processing 2017. He is also member of many National Professional bodies like ISTE, CSI, ISCA, and IEI. He is member of various committees of the University and has been Vice President of Computer Society of India for Bhilai Chapter for two consecutive years. He is Consultant of various Skill Development initiatives of NSDC, Govt. of India. He is regular Referee of Project Grants under DST-EMR scheme and several other schemes of Govt. of India. He received few important consultancy supports as grants and travel support. Dr Sinha has Supervised Eight (08) PhD Scholars, 15 M. Tech. Scholars and has been supervising 01 more PhD Scholar. His research interest includes Biometrics, Cognitive Science, Medical Image Processing, Computer Vision, Outcome based Education (OBE) and ICT tools for developing Employability Skills. 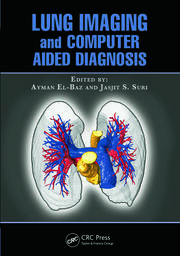 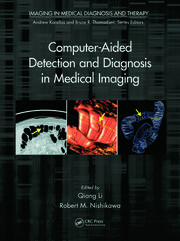 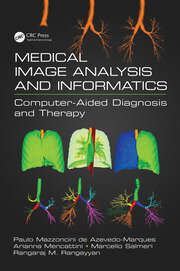