Most coding theory experts date the origin of the subject with the 1948 publication of A Mathematical Theory of Communication by Claude Shannon. Since then, coding theory has grown into a discipline with many practical applications (antennas, networks, memories), requiring various mathematical techniques, from commutative algebra, to semi-definite programming, to algebraic geometry.

Most topics covered in the Concise Encyclopedia of Coding Theory are presented in short sections at an introductory level and progress from basic to advanced level, with definitions, examples, and many references.

The book is divided into three parts:

W. Cary Huffman (1948-) received his PhD in mathematics from the California Institute of Technology in 1974. He taught at Dartmouth College (1974 – 1976) as a John Wesley Young Research Instructor and then at Union College (1976 – 1978). In 1978, he joined the Department of Mathematics and Statistics at Loyola University Chicago, continuing there until his retirement in 2018; he is now professor emeritus. He served as that department’s chair from 1986 to 1992. He is co-editor of the Handbook of Coding Theory and co-author of Fundamentals of Error-Correcting Codes, both with Vera Pless. In addition, he has published numerous papers in finite group theory, combinatorics, and algebraic coding theory.

Jon-Lark Kim received his Ph.D. in 2002 from Department of Math of the University of Illinois at Chicago. He was an Associate Professor at the University of Louisville until 2012. He is currently professor at Math Department of Sogang University in Seoul. He has authored more than fifty research papers and one book on Coding Theory. He is the recipient of the 2004 Kirkman medal from the Institute of Combinatorics and its Applications. His research interests include Coding Theory, Cryptography, Combinatorics, Bioinformatics, and Artificial Intelligence.

Patrick Solé (1960-) received the Ingénieur and the Docteur Ingénieur degrees from Ecole Nationale Supérieure des Télécommunications, Paris, France in 1984 and 1987, respectively, and the Habilitation à Diriger des Recherches degree from University of Nice Sophia-Antipolis, France, in 1993.

He has held several visiting positions at Syracuse University, Syracuse, NY, in 1987 – 1989, Macquarie University, Sydney, Australia, in 1994 – 1996, and at University des Sciences et Techniques de Lille, Lille, France, in 1999 – 2000. He has been a permanent member of Centre National de la Recherche Scientifique since 1989 and was later promoted to the rank of Senior Researcher (Directeur de Recherche) in 1996.

He is the author of more than 200 journal papers, and of four books.

"If you want a comprehensive outline of classical coding theory and its modern applications, you will appreciate this encyclopedia. It is written by a large international group of experts with a wide spread of experience. Extensive references to publications and web sources support the chapters; they allow the reader to follow in depth interests sparked by each topic covered. The vast range of applications detailed makes it evident that coding theory is a major and vital area of mathematics."
– Emeritus Professor Harold Ward, University of Virginia

"Featuring a wealth of examples and references, and addressing topics on the cutting edge of research and practice, Concise Encyclopedia of Coding Theory is especially useful for students and researchers in a wide range of mathematical disciplines, as well as is an ideal textbook for coding theory curriculums. While especially and unreservedly recommended for college and university library Combinatorics, Information Theory, and Web Encryption collections and supplemental studies curriculums, it should be noted for the personal reading lists of professional coders, coding students, academia, and non-specialist general readers with an interest in the subject"
– Midwest Book Review 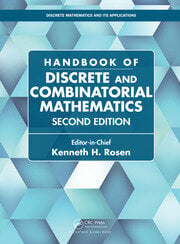 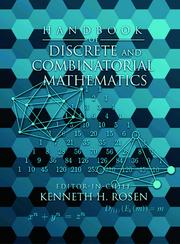 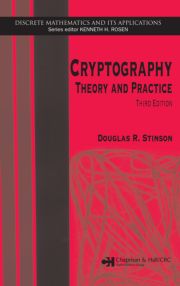 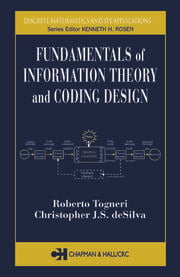 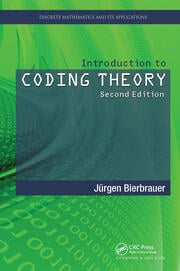