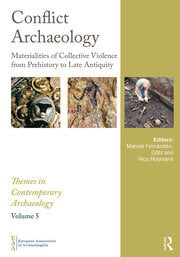 In the past two decades, conflict archaeology has become firmly established as a promising field of research, as reflected in publications, symposia, conference sessions and fieldwork projects. It has its origins in the study of battlefields and other conflict-related phenomena in the modern Era, but numerous studies show that this theme, and at least some of its methods, techniques and theories, are also relevant for older historical and even prehistoric periods.

This book presents a series of case-studies on conflict archaeology in ancient Europe, based on the results of both recent fieldwork and a reassessment of older excavations. The chronological framework spans from the Neolithic to Late Antiquity, and the geographical scope from Iberia to Scandinavia.

Along key battlefields such as the Tollense Valley, Baecula, Alesia, Kalkriese and Harzhorn, the volume also incorporates many other sources of evidence that can be directly related to past conflict scenarios, including defensive works, military camps, battle-related ritual deposits, and symbolic representations of violence in iconography and grave goods. The aim is to explore the material evidence for the study of warfare, and to provide new theoretical and methodological insights into the archaeology of mass violence in ancient Europe and beyond.

List of figures and tables; List of contributors; Preface; The Archaeology of Warfare and Mass Violence in Ancient Europe. An Introduction; NEW FORMS OF COLLECTIVE VIOLENCE IN THE NEOLITHIC PERIOD?; Conflict and Violence in the Neolithic of North-Western Europe; Spanish Levantine Rock Art: A Graphic Trace of Violence and Warfare in Iberian Prehistory; TRIBAL WARFARE IN BRONZE AND IRON AGE EUROPE; Material Evidence of Warfare in Early and Middle Bronze Age Hungary; Die by the Sword… or the Spear? – Early Bronze Weapons in Scandinavia; The Bronze Age Battlefield in the Tollense Valley, Northeast Germany: Conflict Scenario Research; Warfare and the Burning of Hillforts in Bronze Age Ireland; A Battle Between Gauls in Picardy. The Tropaion of Ribemont-sur-Ancre; Singing the Deeds of the Ancestors. The Memory of Battle in Late Iron Age Gaul and Iberia; MASS VIOLENCE AND IMPERIAL EXPANSION (1): IBERIA; Rome Versus Carthage: The Second Punic War Battlefield of Baecula and the Siege of Iliturgi; Archaeological Perspectives on the Siege of Numantia: The New Fieldwork Project at the Roman Camps at Renieblas (Spain, 2nd-1st centuries BC); The Battle at Monte Bernorio and the Augustan Conquest of Cantabrian Spain; Rediscovering the Roman Conquest of the North-Western Iberian Peninsula; MASS VIOLENCE AND IMPERIAL EXPANSION (2): GAUL AND GERMANIA; Cimbri and Teutones Against Rome. First Research Results Concerning the Battle of Arausio (105 BC); A Roman Massacre in the Far North: Caesar’s Annihilation of the Tencteri and Usipetes in the Dutch River Area; The Battlefield of Alesia; Tracing Julius Caesar: The Late-Republican Military Camp at Hermeskeil and its Historical Context; The Germanic-Roman Battlefields of Kalkriese and Harzhorn: A Methodological Comparison; Ritual Sacrifices of Military Equipment in the ‘Thorsberger Moor’; Index

Manuel Fernández-Götz is Reader in Archaeology at the University of Edinburgh, Executive Board Member of the European Association of Archaeologists, and winner of the Philip Leverhulme Prize in Archaeology. His main areas of interest are Iron Age societies in Central and Western Europe, the archaeology of identities and the comparative archaeology of the Roman conquest.

is full professor of West European archaeology at VU University Amsterdam. His research interests include the social organisation of Late Iron Age societies, the archaeology of Celto-Germanic societies and their integration into the Roman world, ethnicity and ethnogenesis in the Roman Empire and the archaeology of mass violence and genocide. 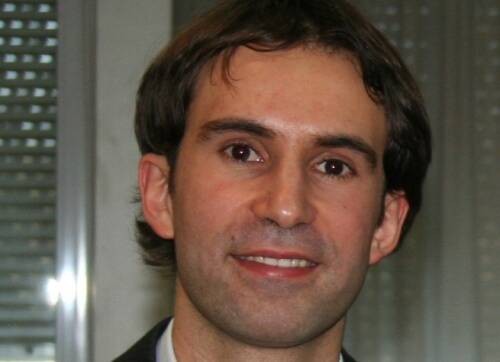