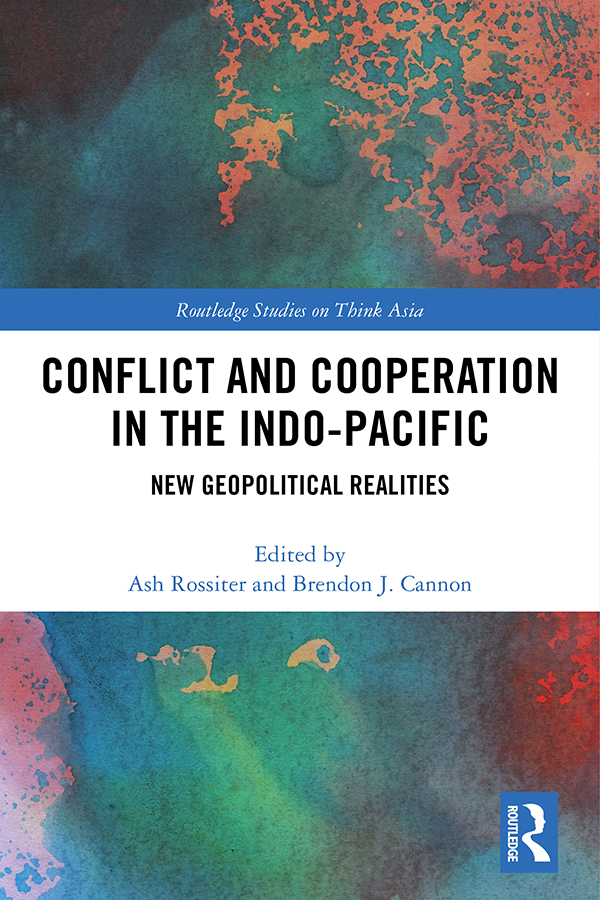 Conflict and Cooperation in the Indo-Pacific

This book explores the most important strategic questions about the emerging Indo-Pacific region by offering an incisive analysis on the current and future patterns of competition and cooperation of key nations in the region.

Examining emerging policies of cooperation and conflict adopted by Indo-Pacific states in response to a rising China, the book offers insights into the evolving Indo-Pacific visions and strategies being developed in Japan, India, Australia and the US in reaction to shifting geopolitical realities. The book provides evidence of geopolitical advances in what some see as a spatially coherent maritime zone stretching from the eastern Pacific to the western Indian Ocean, including small island states and countries that line its littoral. It also analyzes the development and operationalization of Indo-Pacific policies and strategies of various key nations. Contributors provide both macro and micro perspectives to this critically significant topic, offering insights into the grand strategies of great powers as well as case studies ranging from the Philippines to the Maldives to Kenya. The book suggests that new rivalries, shifting alliances and economic ebbs and flows in the Indo-Pacific will generate new geopolitical realities and shape much else beyond in the twenty-first century.

A timely contribution to the rapidly expanding policy and scholarly discussions about what is likely to be the defining region for international politics for coming generations, the book will be of interest to policymakers as well as students and academics in the fields of International Relations, Foreign Policy, Security Studies, Diplomacy and International Law, East and South Asian Studies, East African Studies, Middle East Studies, and Australian Studies.

1. Conflict and Cooperation in the Indo-Pacific: New Geopolitical Realities

2. India’s Approach to the ‘Quad’ and the Salience of China

4. US Strategic Re-positioning to the "Indo-Pacific": A Paradigm Shift

5. Australia and the Construction of the Indo-Pacific

8. China and India: Nautical Games in the Indian Ocean

9. Indo-Pacific Geopolitics and Foreign Policy: The Case of the Philippines, 2010-2018