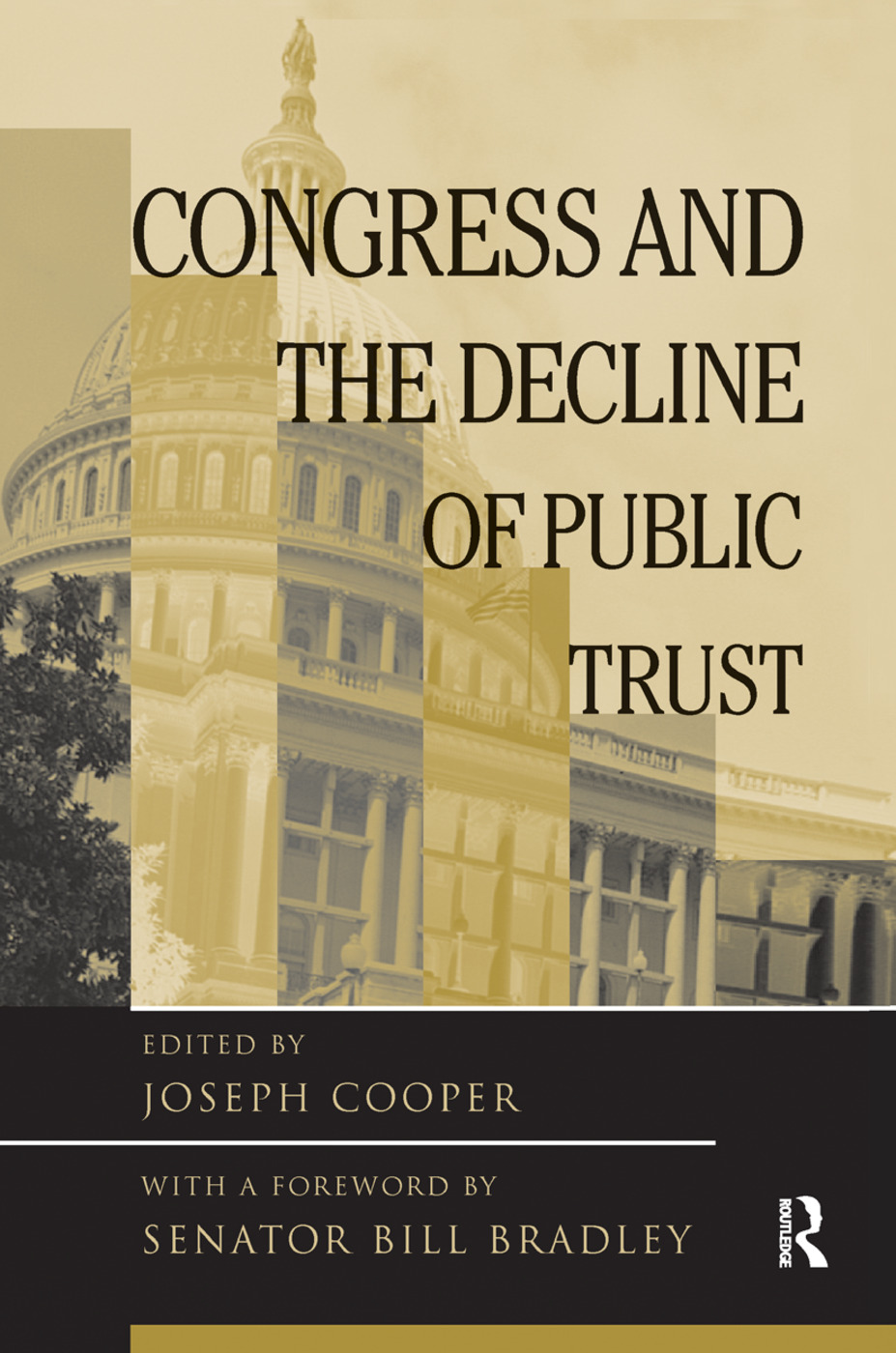 Congress and the Decline of Public Trust

Since the time of Watergate and Vietnam, trust in government has fallen precipitously. This can easily be sensed in the apathy and divisiveness that now characterize American politics, but it is perhaps most clearly revealed in poll data. The great majority of Americans do not trust the government ?to do what's right all or most of the time?. Nor d

Joseph Cooper is professor of political science at Johns Hopkins University and served as the University's Provost from 1991-1996. He has previously taught at Rice University, Stanford University, and Harvard University. He has held fellowships from the Brookings Institution and the National Endowment for the Humanities and has testified before congressional committees numerous times on issues relating to American political institutions.