The Fourth Edition of the Handbook of Conducting Polymers, Two-Volume Set continues to be the definitive resource on the topic of conducting polymers. Completely updated with an extensive list of authors that draws on past and new contributors, the book takes into account the significant developments both in fundamental understanding and applications since publication of the previous edition.

One of two volumes comprising the comprehensive Handbook, Conjugated Polymers: Perspective, Theory, and New Materials features new chapters on the fundamental theory and new materials involved in conducting polymers. It discusses the history of physics and chemistry of these materials and the theory behind them. Finally, it details polymer and materials chemistry including such topics as conjugated block copolymers, metal-containing conjugated polymers, and continuous flow processing.

Aimed at researchers, advanced students, and industry professionals working in materials science and engineering, this book covers fundamentals, recent progress, and new materials involved in conducting polymers and includes a wide-ranging listing of comprehensive chapters authored by an international team of experts.

is the founder of Lightsense and has a successful record in developing new technologies and launching new products in fields as diverse as advanced lithium-sulfur batteries, MEMS devices, photovoltaic cells, and biosensors, through several startups. His research interests have spanned across several disciplines in materials science, including conducting polymers, semiconductors, ion conductors and diamond-like carbon. He has held research positions and co-founded companies in Europe and the US, and was head of the conducting polymer group at DOE’s Brookhaven National Laboratory before launching his career as an entrepreneur. He received his B.S. in physics from the Massachusetts Institute Technology and his Ph.D. in physics from the University of California at Berkeley.

, a native Californian, obtained his B.S. in Chemistry at San Jose State University (1979) followed by his M.S. (1982) and Ph.D. (1984) in Polymer Science and Engineering at the University of Massachusetts. He became interested in the field of conducting and electroactive polymers through a position with the IBM Research Laboratories in the late 1970s. After developing his own research effort at The University of Texas at Arlington (1984-1991), he moved to the University of Florida where he was a Professor of Chemistry and Associate Director of the Center for Macromolecular Science and Engineering until Spring 2012, when his group moved to Georgia Tech where he is a Professor of Chemistry and Biochemistry, and Materials Science and Engineering. He served as Director of the Georgia Tech Polymer Network (GTPN) and is a member of the Center for Organic Photonics and Electronics (COPE) management team.

was born in Milwaukee, Wisconsin in 1977 and moved to Gallipolis, Ohio at a young age, where he attended elementary and high school. Barry then attended the University of Rio Grande in Rio Grande, Ohio, where he majored in Chemistry and Physics and minored in Mathematics. After completing his undergraduate studies at Rio Grande, Barry moved to the University of Florida to pursue a Ph.D. in Chemistry with Prof. John R. Reynolds as an NSF Graduate Research Fellow. During his Ph.D. studies, Barry focused on the design and synthesis of electroactive conjugated polymers for electrochromic and photovoltaic applications. Upon completion of his Ph.D. in 2005, Barry moved to Prof. Jean Fréchet’s lab at UC Berkeley to further pursue his interests in polymer-based photovoltaics as an ACS-PRF Postdoctoral Fellow. After a three-year stay at Berkeley, Barry moved to the University of Southern California, Department of Chemistry and Loker Hydrocarbon Research Institute as an Assistant Professor of Chemistry. Barry was promoted to Associate Professor with Tenure in 2015. 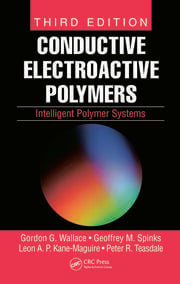 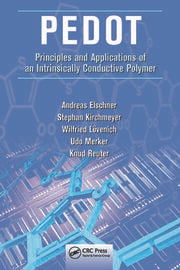 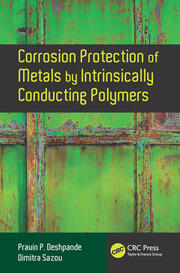