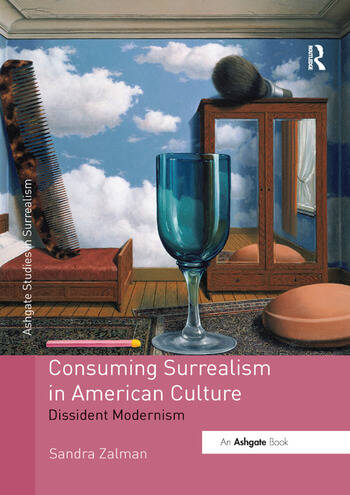 Consuming Surrealism in American Culture: Dissident Modernism argues that Surrealism worked as a powerful agitator to disrupt dominant ideas of modern art in the United States. Unlike standard accounts that focus on Surrealism in the U.S. during the 1940s as a point of departure for the ascendance of the New York School, this study contends that Surrealism has been integral to the development of American visual culture over the course of the twentieth century. Through analysis of Surrealism in both the museum and the marketplace, Sandra Zalman tackles Surrealism’s multi-faceted circulation as both elite and popular. Zalman shows how the American encounter with Surrealism was shaped by Alfred Barr, William Rubin and Rosalind Krauss as these influential curators mobilized Surrealism to compose, to concretize, or to unseat narratives of modern art in the 1930s, 1960s and 1980s - alongside Surrealism’s intersection with advertising, Magic Realism, Pop, and the rise of contemporary photography. As a popular avant-garde, Surrealism openly resisted art historical classification, forcing the supposedly distinct spheres of modernism and mass culture into conversation and challenging theories of modern art in which it did not fit, in large part because of its continued relevance to contemporary American culture.

Sandra Zalman is Assistant Professor of Art History at the University of Houston. She has received grants from the American Council of Learned Societies, the American Association of University Women, and the Andy Warhol Foundation for the Visual Arts.

'Zalman brilliantly explicates Salvador Dalí­’s enactment of a kind of primal scene of American modernism, which alone makes the book essential reading. As she recounts, this was realized in his super-spectacle at the 1939 World’s Fair, and, more generally, in the amorous mutual embrace between Dalí­ and the U.S. advertising and film industries. It is this latter relationship that damned and marginalized him in 20th-century art history. One lesson of Zalman’s book is that despite the deep shame that this period of Dalí’s art prompted in the New York art world, it made it impossible for American critics to continue to deny modern art's eager participation in the booming wealth of American commerce.' Claudia Mesch, Arizona State University, USA

'Embracing Surrealism’s "pluralist and hybrid nature", Sandra Zalman offers a well-argued and wittily revisionist history of Surrealism and its legacy in the United States, astutely parsing the intersection of art and commerce which characterized America’s embrace of European modernism’s most expansive movement. Zalman’s study ranges from Alfred Barr’s 1936 Fantastic Art, Dada, Surrealism at New York’s Museum of Modern Art to the immersive environment created by John Baldessari for Magritte and Contemporary Art at the Los Angeles County Museum of Art in 2006. Both authoritative and immediately engaging, Zalman brings a scholar’s eye to the hidden persuaders of advertising copy and exhibition design, as well as to landmark works of art and critical texts that defined the ascendency of American art in the post-war era.' Alison de Lima Greene, The Museum of Fine Arts, Houston, USA

'Sandra Zalman has produced the most deeply and imaginatively researched account of the profound ways in which European Surrealism altered not just American art but the wider culture as well. Fluently written and full of riveting details, hers is now the definitive study of this vital, long-running phenomenon.' Thomas Crow, Institute of Fine Arts, New York University, USA

'Sandra Zalman's lucid analysis of the reception of Surrealism in America should be required reading for anyone interested in the movement. By showing how Surrealism's engagement with mass culture was deployed and re-deployed as a critical tool for understanding contemporary art, she offers a fresh look at the collapsing distinctions between modernism and commerce in the closing decades of the twentieth century.' Theresa Papanikolas, Curator of European and American Art, Honolulu Museum of Art, and author of Anarchism and the Advent of Paris Dada: Art and Criticism, 1914-1924