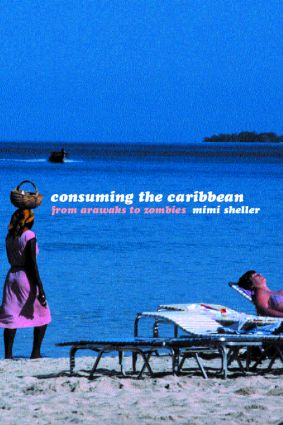 From Arawaks to Zombies, 1st Edition

From sugar to indentured labourers, tobacco to reggae music, Europe and North America have been relentlessly consuming the Caribbean and its assets for the past five hundred years. In this fascinating book, Mimi Sheller explores this troublesome history, investigating the complex mobilities of producers and consumers, of material and cultural commodities, including:

'This is a stunning book! It is beautifully reasoned and well-documented and demonstrates Sheller's mastery of her material, but it is much more. It is original in its approach … and above all, it is elegantly and sensitively written.' - Janet Abu Lughod, New School of Social Research, USA

'Beautifully written, clearly argued and well exemplified, Consuming the Caribbean illustrates the importance of historically embedded and geographically extensive narratives of interconnection in helping to foster more ethical global relationships. My hope is that the book will serve to encourage greater reflexitiviy among both those who work on the Caribbean region and those who do not, but imagine that it must be 'fun' to do so. Consuming the Caribbean is a wonderful book that deserves considerable attention from geographers.' - Cultural Geographies

'Sheller tracks some of the transatlantic pathways of people, goods, images and ideas, and in so doing unearths a number of links between - as it were - then and now' -British Bulletin of Publications