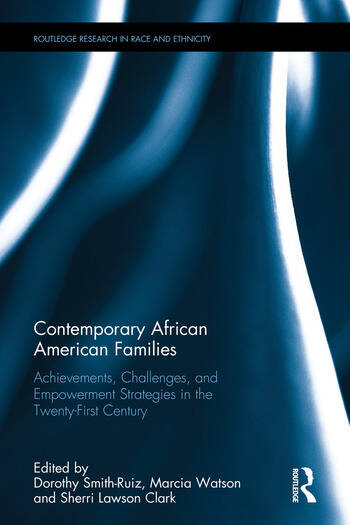 For decades the black community has been perceived, both in the United States and around the world, as one which thinks alike, acts alike and lives alike - in poor and downtrodden environments. Following the persistent effects of the great recession and the American elections of 2008, now more than ever the political and socio-economic state of America is crying out for this deficient and prejudiced conception to be dispelled.

Focusing primarily on black families in America, Contemporary African American Families updates empirical research by addressing various aspects including family formation, schooling, health and parenting. Exploring a wide class spectrum among African American families, this text also modernizes and subverts much of the research resulting from Moynihan’s 1965 report, which arguably misunderstood the lived experiences of black people during the movement from slavery to freedom in a Jim Crow society.

Dorothy Smith-Ruiz is Associate Professor of Africana Studies and Sociology at the University of North Carolina at Charlotte.

is Assistant Professor of Elementary Education at Towson University in Baltimore County, Maryland.