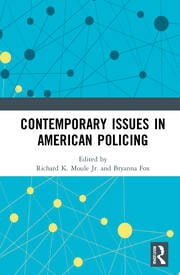 American law enforcement, and the public’s perception of police, is a topic of growing interest among academics, practitioners, and policymakers. From the 2014 events in Ferguson, MO and the alleged "Ferguson Effect", to the debate over the impact of body worn cameras (BWCs), police militarization, use of force, and other practices that may alter the public’s view of police legitimacy and procedural justice, there is an increasing need for research addressing these contemporary issues in American policing.

This book presents the latest research on these topics, as well as related topics noted in the Presidential Task Force on 21st Century Policing, such as police use of technology, transparency, oversight, and building trust with the community. The studies contained in this book examine these issues by leveraging empirical data on policing, public perceptions, crime, and diverse research methods, to present high-quality analysis of these timely and relevant topics in today’s world.

The chapters in this book were originally published as a special issue of the Journal of Crime and Justice.

1. State-mandated transparency: a discussion and examination of deadly force data among law enforcement agencies in Texas

3. The effects of procedural justice on civil disobedience: evidence from protesters in three cities

4. Public support for police use of SWAT: examining the relevance of legitimacy

6. Behind the lens: police attitudes toward body-worn cameras and organizational justice

Richard K. Moule, Jr., PhD, is assistant professor in the Department of Criminology at the University of South Florida. He earned his PhD from Arizona State University. His research interests include criminological theory and the social causes and consequences of technology adoption and use.

, PhD, is associate professor in the Department of Criminology at the University of South Florida. She earned her PhD from the University of Cambridge and is a former FBI Special Agent. Her research focuses on psychological and developmental risk factors for criminal behavior and evidence-based policing.