Conventional Warfare in South Asia, 1947 to the Present 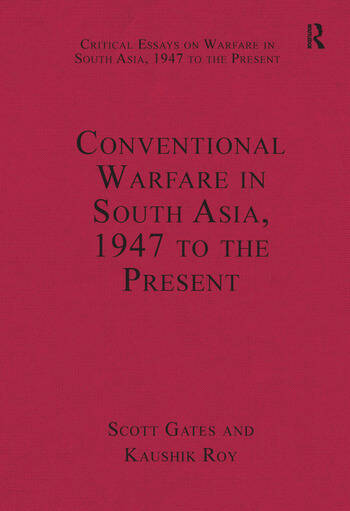 Conventional Warfare in South Asia, 1947 to the Present

The essays included in this volume focus on conventional war on land, sea and air fought by the states of South Asia and their impact on the host societies and economies. The authors are drawn from academia and the military in India and Pakistan, as well as from outside the subcontinent in order to give a wide perspective. In the introduction the editors describe the changing contours of warfare in South Asia, and the similarities and dissimilarities with warfare in the Middle East and South East Asia. The volume highlights the influence of extra-regional powers like China, Russia and the US in providing arms, munitions and shaping the texture of military doctrines and force structures of the South Asian powers.