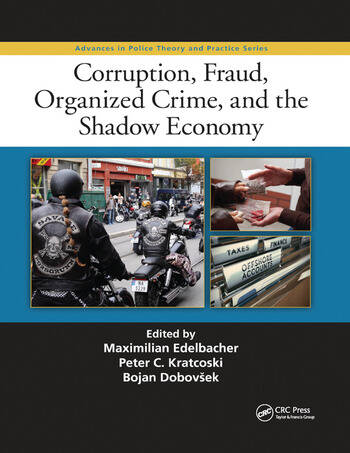 Fueled by corruption, fraud, and organized crime, the shadow economy—also known as the informal, black market, illegal, or underground economy—is currently on the rise worldwide. Corruption, Fraud, Organized Crime, and the Shadow Economy addresses shadow economies and the players involved by examining various aspects of criminal law and prosecution.

This book gathers the insights of several world-renowned professionals and academics in order to portray the links between organized crime, the shadow economy, and corruption. It discusses how to address these issues as they relate to crime, criminal law, and prosecution of the players involved.

The constant misconception by policy makers of the relationships between organized crime, corruption, and the shadow economy fuels the present status quo of economic inequality, increases the risks of future economic crises, victimizes people, and even damages the environment. This book takes a critical, multinational, multidisciplinary, common-sense approach to complex and globalized problems of conventional and unconventional deviance through the shadow economy.

The contributors identify key critical areas in specific countries from which they originate, adding an insider’s perspective to their analyses. With these insights and the use of illustrative case studies, they highlight best practices as well as mistakes to avoid in encountering the obstacles that lie ahead in combating the shadow economy.

Maximilian Edelbacher graduated from Vienna University (Mag. Jur.) and was Hofrat (Councilor) of the Federal Police of Austria. He served as the chief of the Major Crime Bureau and as an international expert for the Council of Europe, OSCE, and UNO. He also chaired the Austrian Antifraud Insurance Bureau and lectured at several universities, including the Vienna University of Economics and Business Administration, Danube University in Krems, and the Vienna University Department of Sociology. Edelbacher was appointed a special investigator of the AVUS Group on white-collar crime cases, as vice-president of the Vienna Liaison Office, of the Academic Council on the United Nations, and as a director of the International Police Executive Symposium (IPES). He is the author of a number of books and journal articles.