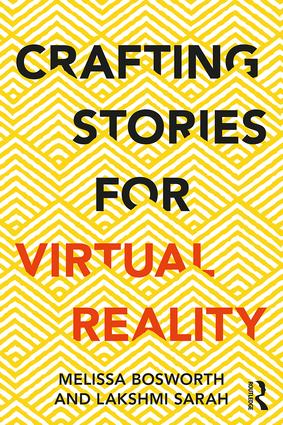 We are witnessing a revolution in storytelling. Publications all over the world are increasingly using immersive storytelling—virtual reality, augmented reality and mixed reality—to tell compelling stories. The aim of this book is to distill the lessons learned thus far into a useful guide for reporters, filmmakers and writers interested in telling stories in this emerging medium. Examining ground-breaking work across industries, this text explains, in practical terms, how storytellers can create their own powerful immersive experiences as new media and platforms emerge.

Introduction: Evolution of Media: Where Are We Now?

2: Pivot Point: A Primer on the State of Immersive Storytelling

The Occupation of Alcatraz that Sparked an American Revolution

Is the Nasdaq in Another Bubble?

Stand at the Edge of Geologic Time

Hello, We're from the Internet

Four of the World's Best Olympians, as You've Never Seen Them Before

Reeps One: Does Not Exist

SECTION III: Bringing It All Together

9: Storytelling without Close-Ups: The Big Picture

12: Immersive Storytelling and the News Media

13: The State of Platforms and Publishing

is a visual storyteller, immersive media nerd, software developer, reporter and idealist. She’s passionate about using emerging technology to find a new lens on stories. In her work as a reporter, features writer, producer and filmmaker she has covered the environment, technology, immigration and the arts across the Americas and Europe. Her virtual reality work has published through KQED, the New York Times and Fusion Media Group. She has developed coursework and taught 360-degree video production at the Berkeley Advanced Media Institute and guest lectured on immersive storytelling at UC Berkeley. She holds a Master’s degree with an emphasis on new media from the UC Berkeley Graduate School of Journalism.

is an educator and journalist with a focus on immigration, migration, identity and the arts. She has worked with newspapers, radio and magazines from Ahmedabad, India to Los Angeles, California. She has written and produced for Mic, Global Voices, AJ+, KQED, Fusion Media Group and the New York Times. She has advised journalists through Fusion Media Group’s Rise Up: Be Heard fellowship and taught at the UC Berkeley Graduate School of Journalism. She has taught workshops in various parts of the world including Kerala, India and Nairobi, Kenya. She is a graduate of Pitzer College and the UC Berkeley Graduate School of Journalism and divides her time between Berkeley, Berlin and southern India.