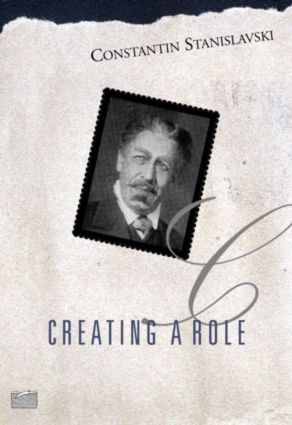 Creating a Roleis the culmination of Stanislavski's masterful trilogy on the art of acting. An Actor Prepares focused on the inner training of an actor's imagination. Building a Characterdetailed how the actor's body and voice could be tuned for the great roles he might fill.

This third volume examines the development of a character from the viewpoint of three widely contrasting plays: Griboyedov's Woe from Wit, Shakespeare's Othello, and Gogol's The Inspector General. Building on the first two books, Stanislavski demonstrates how a fully realized character is born in three stages: "studying it; establishing the life of the role; putting it into physical form."

Tracing the actor's process from the first reading to production, he explores how to approach roles from inside and outside simultaneously. He shows how to recount the story in actor's terms, how to create an inner life that will give substance to the author's words, and how to search into one's own experiences to connect with the character's situation. Finally, he speaks of the physical expression of the character in gestures, sounds, intonation, and speech. Throughout, a picture of a real artist at work emerges, sometimes failing, but always seeking truthful answers.

"Altogether, Creating a Role is a brilliant little treatise, and a careful reading is worth several lessons in almost any English acting academy." -- Charles Marowitz, The Observer

"The pattern of disciplined development of character is examined, from the actor's viewpoint, in three widely contrasting plays. For the actor in need of nourishment for his gifts and guidance for his enthusiasm, this book is immeasurably important; for anyone with an interest in theatre it is terrific entertainment." -- Paul Scotfield

"We are lucky to have a third Stanislavski book that explains the rudiments of acting. Creating a Role is a workshop manual. It tells an actor how to work." -- Brooks Atkinson

"For the actor in need of nourishment of his gifts and guidance for his enthusiasms, this book is immeasurably important; for anyone with an interest in the theatre it is terrific entertainment." -- Paul Scofield, The Sunday Times

"This newest and possibly best segment…focuses its attention upon the actual work of the actor in preparing specific characterizations from specific plays…A masterful job…Immensely stimulating reading--a valuable, a welcome addition." -- James Gousseff, Players

Constantin Stanislavski (1863-1938), arguably the most influential director in the history of the theater, was the founder of the renowned Moscow Art Theater. A pioneer of psychological realism and improvisation on the stage, he devoted his life to developing the performance techniques now emulated throughout the world.