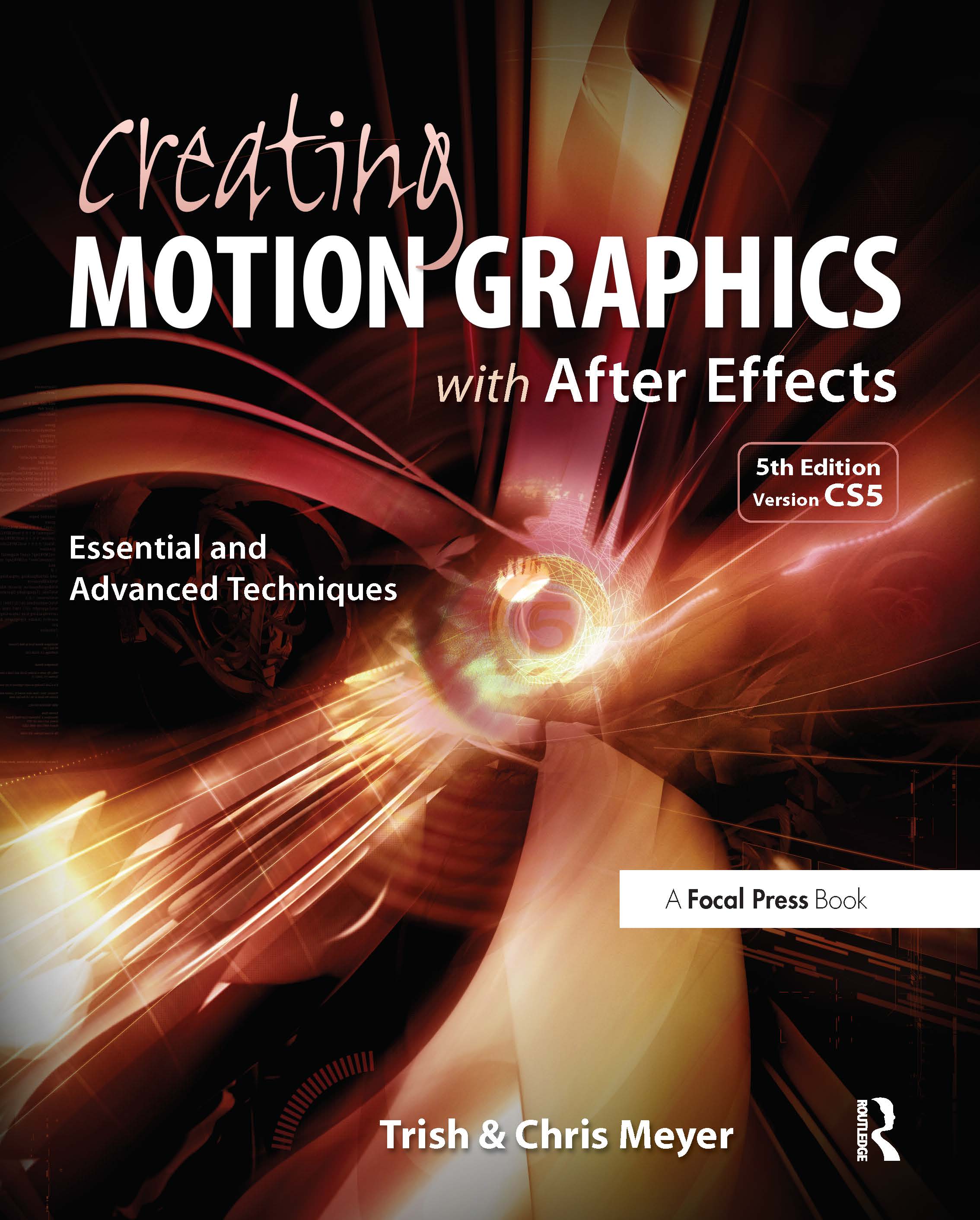 Creating Motion Graphics with After Effects

Chris and Trish Meyer have created a series of videos demonstrating how to use their favorite new and enhanced features in After Effects CS5.5. Virtually all of these videos use exercise files from Creating Motion Graphics with After Effects (5th Edition for CS5) as their starting point, extending the usefulness of this book for its owners. These videos may be viewed for free on AdobeTV.

* Covers both essential and advanced techniques, from basic layer manipulation and animation through keying, motion tracking, and color management

Trish and Chris Meyer share over 17 years of hard-earned, real-world film and video production experience inside this critically acclaimed text. More than a step-by-step review of the features in AE, readers will learn how the program thinks so that they can realize their own visions more quickly and efficiently. This full-color book is packed with tips, gotchas, and sage advice that will help users thrive no matter what projects they might encounter.

Creating Motion Graphics 5th Edition has been thoroughly revised to reflect the new features introduced in both After Effects CS4 and CS5. New chapters cover the revolutionary new Roto Brush feature, as well as mocha and mocha shape. The 3D section has been expanded to include working with 3D effects such as Digieffects FreeForm plus workflows including Adobe Repoussé, Vanishing Point Exchange, and 3D model import using Adobe Photoshop Extended. The print version is also accompanied by a DVD that contains project files and source materials for all the techniques demonstrated in the book, as well as nearly 200 pages of bonus chapters on subjects such as expressions, scripting, and effects.

Customers who buy an electronic version of the book can contact Priscille Biehlmann ([email protected]) with their receipt and Focal Press will grant access to the companion files.

Meyer's Creating Motion Graphics with After Effects excerpted on ProSoundWeb

Learn After Effects Essentials from masters Chris and Trish Meyer at Class on Demand, with over 30 hours of video training!

For a 30% off discount exclusive to friends of Focal Press, use Focal30 at checkout.