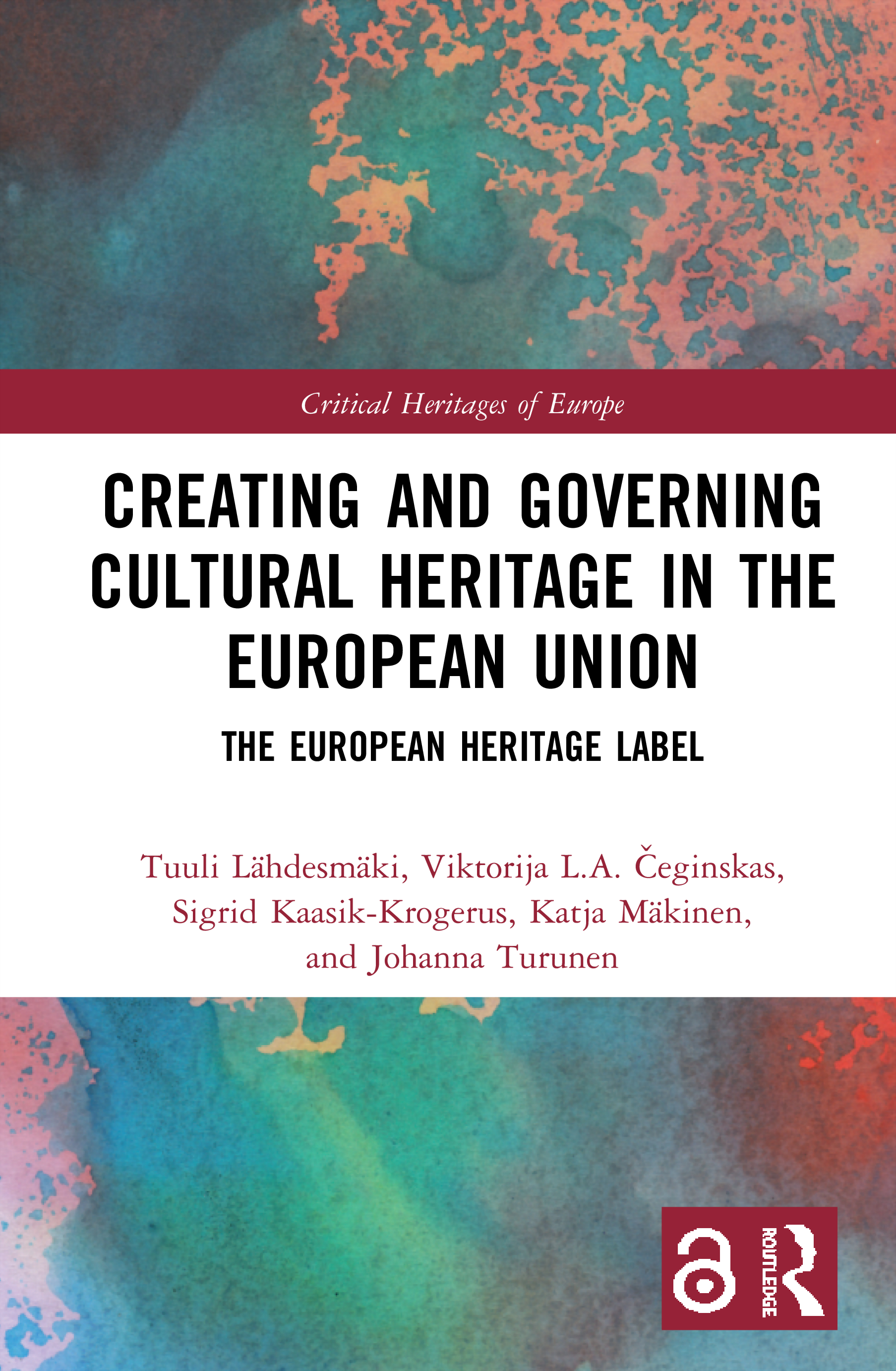 Creating and Governing Cultural Heritage in the European Union provides an interdisciplinary examination of the ways in which European cultural heritage is created, communicated, and governed via the new European Heritage Label scheme.

Drawing on ethnographic field research conducted at sites in ten countries that have been awarded with the European Heritage Label, the authors of the book approach heritage as an entangled social, spatial, temporal, discursive, narrative, performative, and embodied process. Recognising that heritage is inherently political and used by diverse actors as a tool for re-imagining communities, identities, and borders, and for generating notions of inclusion and exclusion in Europe, the book also considers the idea of Europe itself as a narrative. Chapters tackle issues such as multilevel governance of heritage; geopolitics of border-crossings and border-making; participation and non-participation; and embodiment and affective experience of heritage.

Creating and Governing Cultural Heritage in the European Union advances heritage studies with an interdisciplinary approach that utilises and combines theories and conceptualizations from critical geopolitics, political studies, EU and European studies, cultural policy research, and cultural studies. As such, the volume will be of interest to scholars and students engaged in the study of heritage, politics, belonging, the EU, ideas and narratives of Europe.

4 Heritage and bordering: unity in diversity and difference

Tuuli Lähdesmäki is a Senior Researcher and an Adjunct Professor working at the Department of Music, Art and Culture Studies, University of Jyväskylä in Finland.

is a Postdoctoral Researcher working at the Department of Music, Art and Culture Studies, University of Jyväskylä, Finland.

is a University Lecturer working at the Faculty of Arts, University of Helsinki in Finland.

is a Senior Researcher working at the Department of Music, Art and Culture Studies, University of Jyväskylä, Finland.

is a Doctoral Candidate working at the Department of Music, Art and Culture Studies, University of Jyväskylä, Finland.

The Critical Heritages of Europe series seeks to explore the cultural and social politics of the European past in the present. Bridging theoretical and empirical research, the series accommodates broad understandings of Europe – a shifting and historically mutable entity, made both of internal tensions and exogenous encounters, re-imaginings and influences. ‘Heritage’ too is taken as an expansive paradigm, made in myriad practices where the past is valorised for the present, from folk traditions to museums and memorials, the management of historic sites and traditions, and everyday matters such as education, political discourse, home life, food consumption and people’s relations with place.

Books in the series engage with European heritages in critical times – in all senses – when Europe and mobilizations of its heritages and memories are called upon to solve problems, and when contests over the meanings of the past are part of wider social and political relations and tensions. Heritage practices are variously informed by civil and uncivil visions, the politics of difference and co-presence, difficult pasts, relations with the ‘outside’, borders, margins, and migrations. Critical questions include: