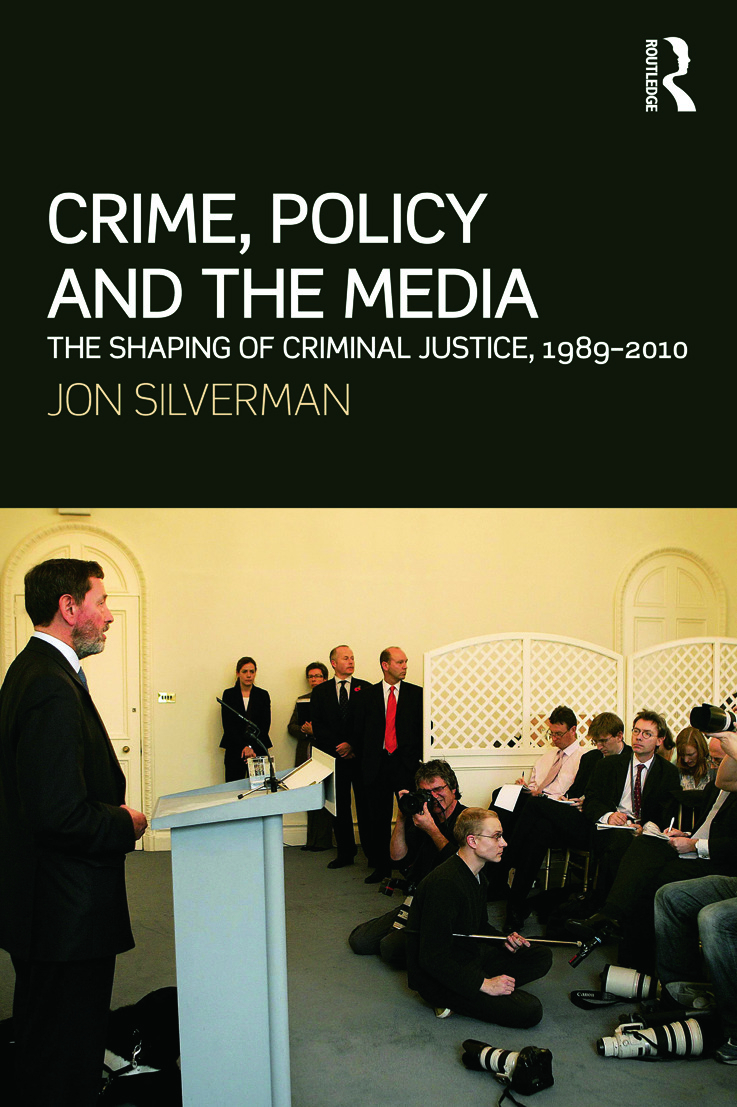 Media clamour on issues relating to crime, justice and civil liberties has never been more insistent. Whether it is the murder of James Bulger or detaining terrorist suspects for long periods without trial, mediated comment has grown immeasurably over the last twenty years. So, how does it interact with and shape policy in these fields? How do the politicians both respond to and try to manipulate the media which permeates our society and culture?

Crime, Policy and the Media is the first academic text to map the relationship between a rapidly changing media and policymaking in criminal justice. Spanning the period, 1989-2010, it examines a number of case studies – terrorism, drugs, sentencing, policing and public protection, amongst others – and interrogates key policy-makers (including six former Home Secretaries, a former Lord Chief Justice, Attorney-General, senior police officers, government advisers and leading commentators) about the impact of the media on their thinking and practice.

Bolstered by content and framing analysis, it argues that, especially, in the last decade, fear of media criticism and the Daily Mail effect has restricted the policymaking agenda in crime and justice, concluding that the expanding influence of the Internet and Web 2.0 has begun to undermine some of the ways in which agencies such as the police have gained and held a presentational advantage.

Written by a former BBC Home Affairs Correspondent, with unrivalled access to the highest reaches of policy-making, it is both academically rigorous and accessible and will be of interest to both scholars and practitioners in media and criminal justice.

'Although I don’t agree with all its conclusions, I respect Jon Silverman’s work. This is an interesting appraisal of an important area of our lives and our democracy.'

'Silverman challenges us to maintain the checks and balances of a civilised society, the debate that underpins it and, in spite of the inevitable noises from the media which challenge the establishment, to respond with thoughtfulness and balance.'

'Jon Silverman draws on his experience as a BBC correspondent to bring us this timely and thought-provoking book.'

'In Crime, Policy and the Media, Jon Silverman, Professor of Media and Criminal Justice at the University of Bedfordshire, and formerly the BBC's distinguished Home Affairs correspondent, shrewdly examines the media's influence (old and new) from 1989 and the first broadcasting of Sky News, to Labour's election defeat in 2010.'

'…Silverman successfully examines the interface between the media, politics and policy. The book is an essential read for students, scholars and practitioners alike. Although littered with academic references, it is not enough to thwart its appeal to a mainstream audience. Throughout, Silverman succeeds in unpicking "a complex melange of influences", which impact on policy making and "modern mediated governance."'

Preface 1. Introduction 2. The Media and the Punitive Gene 3. Politicians, Media and Judges 4. Protecting the Public or Protecting the Politicians 5. Home Secretaries Against the Home Office 6. In the Shadow of Number Ten 7. Addicted to Distortion: The Media and UK Drugs Policy 8. The Cannabis Conundrum 9. Police and the Media 10. A Changing Media – and a New Media 11. Terrorism and the Politics of Response 12. Conclusion. Appendix: List of Interviewees

Jon Silverman has been Professor of Media and Criminal Justice at the University of Bedfordshire since July 2007. He is a leading criminal justice analyst and authority on international war crimes tribunals and from 1989-2002, was the BBC Home Affairs Correspondent. His earlier BBC career included a spell in Paris as a correspondent (1987-89) and at Westminster as a political correspondent. In 1996, he won the Sony Radio Gold Award for his reporting of war crimes issues on Radio 4.