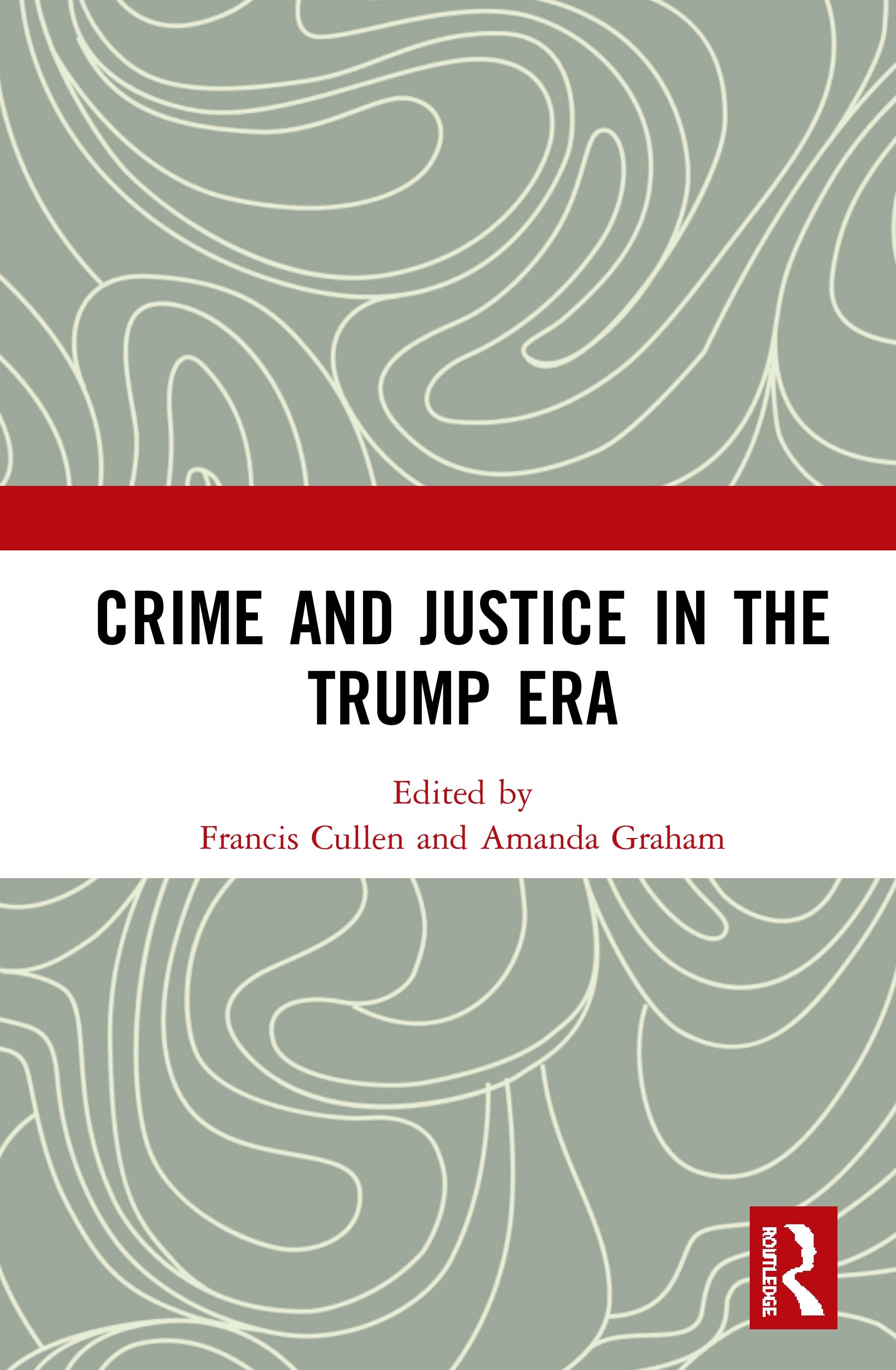 Crime and Justice in the Trump Era

Crime and Justice in the Trump Era documents the impact of Trump administration policies on (1) violence against women, (2) the treatment of persons of color, (3) corporate and environmental crime (both domestic and international), and (4) federal crime control policy.

First, the book examines how the policies of Donald Trump’s administration have affected the rights and safety of female Americans—in particular, violence against women, including sexual assault. The book then goes on to explore President Trump’s very public stances devaluing people of color—whether they reside within the nation’s borders or are seeking entry into the United States. Next, the collection evaluates the collateral costs attached to the ongoing campaign to reduce regulations that protect consumers, workers, and the environment. Likewise, the valuing America’s narrow self-interests may also have effects internationally, where crime and violence may be tied to Trump’s promotion of White nationalism, toleration of human rights violations, and denial of climate change. Lastly, criminal justice policies are examined, both in the early stages of Trump’s presidency, which were marked by his get-tough rhetoric, along with the more recent support for the First Step Act.

The authors represent different perspectives in the discipline—critical/feminist and mainstream criminologists, quantitative and qualitative scholars, and students of both street and white-collar crime. Taken together, this book reflects a variety of criminological voices and advances immeasurably our understanding of the Trump administration’s influence on crime and justice in America.

The chapters in this book were originally published as a special issue of Victims & Offenders: An International Journal of Evidence-based Research, Policy, and Practice.

Chapter 1: Defenders of Freedom or Perpetrators and Facilitators of Crimes? Beyond Progressive Retreatism in the Trump Era, Walter S. DeKeseredy

Chapter 3: Turning Back the Clock? Violence against Women and the Trump Administration, Dawn L. Rothe and Victoria E. Collins

Part II. Borders and Beyond

Chapter 9:Justice, Not Jailbreak: The Context and Consequence of the First Step Act, Derek M. Cohen

Francis T. Cullen is Distinguished Research Professor Emeritus in the School of Criminal Justice at the University of Cincinnati. He is the past president of the American Society of Criminology and the Academy of Criminal Justice Sciences. He has published more than 400 works spanning criminological theory, correctional policy, and white-collar crime.

is Assistant Professor in the Department of Criminal Justice and Criminology at Georgia Southern University. In 2019, she received her Ph.D. in criminal justice from the University of Cincinnati. Her research focuses on police-community relations, measurement within criminology, and racial beliefs and criminal justice policy.