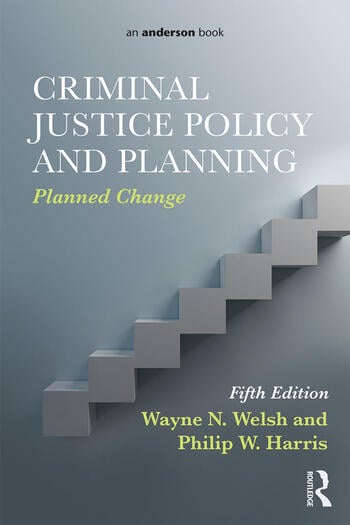 Unlike other textbooks on the subject, Criminal Justice Policy and Planning: Planned Change, Fifth Edition, presents a comprehensive and structured account of the process of administering planned change in the criminal justice system. Welsh and Harris detail a simple yet sophisticated seven-stage model, which offers students and practitioners a full account of program and policy development from beginning to end. The authors thoughtfully discuss the steps: analyzing a problem; setting goals and objectives; designing the program or policy; action planning; implementing and monitoring; evaluating outcomes; and reassessing and reviewing. Within these steps, students focus on performing essential procedures, such as conducting a systems analysis, specifying an impact model, identifying target populations, making cost projections, collecting monitoring data, and performing evaluations. In reviewing these steps and procedures, students can develop a full appreciation for the challenges inherent in the process and understand the tools that they require to meet those challenges.

To provide for a greater understanding of the material, the text uses a wide array of real-life case studies and examples of programs and policies. Examples include policies such as Restorative Justice, Justice Reinvestment, Stop-and-Frisk, and the Brady Act, and programs such as drug courts, community-based violence prevention, and halfway houses. By examining the successes and failures of various innovations, the authors demonstrate both the ability of rational planning to make successful improvements and the tendency of unplanned change to result in undesirable outcomes. The result is a powerful argument for the use of logic, deliberation, and collaboration in criminal justice innovations.

Wayne N. Welsh is a Professor of Criminal Justice at Temple University. He received his Ph.D. in Social Ecology from the University of California, Irvine, in 1990 and his M.A. in Applied Social Psychology from the University of Saskatchewan (Canada) in 1986. Undergraduate courses he has taught include Introduction to Criminal Justice; Violence, Crime, and Justice; Environmental Criminology; and Planned Change in Criminal Justice. Graduate courses include Violence, Crime, and Aggression; Criminal Justice Organizations: Structure, Process, and Change; and Rehabilitation, Re-entry, and Recidivism. He is the author of Counties in Court: Jail Overcrowding and Court-Ordered Reform (1995) and Criminal Violence: Patterns, Causes and Prevention, 3rd ed., with Marc Riedel (2011). He has published more than 50 peer-reviewed articles in journals such as Criminal Justice and Behavior, Drug and Alcohol Dependence, Crime & Delinquency, and Criminology. Welsh served as Deputy Editor of The Prison Journal from 1993 to 2000. He has conducted research in two broad areas: (1) applications of organizational theory to criminal justice and examinations of organizational change and (2) theories of violent behavior and intervention/prevention programs. Welsh has been Principal Investigator or Co-Principal Investigator on numerous federal and state-funded research grants. He is currently working on a project called CJDATS (Criminal Justice Drug Abuse Treatment Systems), which is a national collaborative research project funded by the National Institute on Drug Abuse (NIDA), which is part of the National Institutes of Health. It includes ten Research Centers (including Temple University in Philadelphia) and a Coordinating Center (CC). Key research questions address the need to develop a better understanding of the organizational and systems issues that can facilitate or hinder implementation of effective drug treatment and other services. Based upon a collaborative research partnership between the Pennsylvania Department of Corrections (DOC) and Temple University that began in 1998, a series of projects examined critical interactions between inmate characteristics, treatment program characteristics, responsiveness to treatment, and postrelease outcomes such as recidivism, relapse, and employment. This ongoing research relationship has increased the capacity of both agencies to produce useful knowledge. Other research projects have included a school violence study titled "Building a Culture and Climate of Safety in Public Schools: School-Based Management and Violence Reduction in Philadelphia," and a 3-year study funded by the Pennsylvania Commission on Crime and Delinquency, "Reducing Over-Representation of Minorities in the Juvenile Justice System."

Philip W. Harris is an Associate Professor in the Department of Criminal Justice at Temple University. He received his Ph.D. in Criminal Justice from the State University of New York at Albany in 1979. His teaching and research have focused primarily on the areas of juvenile justice, juvenile correctional strategies, and organizational and system development. He serves as the strategic planning adviser to the Council of Juvenile Correctional Administrators, which he cofounded in 1994, and is a member of Pennsylvania’s Juvenile Justice and Delinquency Prevention Committee. Prior to arriving at Temple in 1980, he served as a professional services administrator for a private juvenile correctional agency in Montreal, where he was responsible for assessment services and staff training. Beginning in 1992, he and Peter Jones designed and implemented an outcome-based information system, ProDES, that for 10 years provided a continuous flow of outcome information on all programs that receive youths from Philadelphia’s Family Court. Output from this system has included multiple evaluations of more than 90 programs. In 1999, ProDES was a finalist in the Innovations in American Government competition sponsored by Harvard University and the Ford Foundation. His publications include articles such as "The role of crime specialization, neighborhood social disorganization, and spatial contagion in determinants of juvenile recidivism" in the Journal of Adolescence (2011); "Effects of neighborhood context on juvenile recidivism rates: Does recidivism offense type matter?" in Journal of Youth and Adolescence (2010); "Identifying chronic juvenile offenders," in Justice Quarterly (2001); "A century of juvenile justice," in NIJ’s volume, The Nature of Crime: Continuity and Change (2000); "Substance abuse and race in a delinquent population" in The System in Black and White, edited by Michael W. Markowitz and Delores D. Jones-Brown (2000); and "Differentiating delinquent youths for program planning and evaluation" in Criminal Justice and Behavior (1999). He recently completed an evaluation of a juvenile sex offender program and is currently working on a book on matching delinquent youths to programs. Harris is the 2001 recipient of the Alva and Gunnar Myrdal Government Service Award, given annually by the American Evaluation Association, and the 2005 Marguerite Warren and Ted Palmer Award from the Sentencing and Corrections Division of the American Society of Criminology 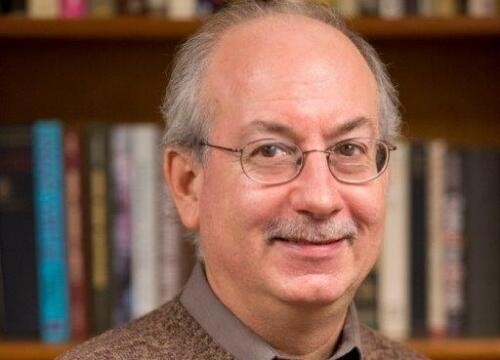 Even before the Great Recession, agency administrators were told to "do more with less" and be more accountable, efficient, and effective. While change in itself is not bad, if unplanned, policies, programs, and projects will likely fail and foment negative consequences in the workplace and CJ system. This textbook provides an essential step-by-step, rational, and sequential approach to planning, implementing, and assessing change in criminal justice. There is no other such guidebook on the market. Welsh and Harris’s straightforward explanation of the overall approach to planned change, supplemented by many real-world case studies and problems, combine to provide excellent faculty and student resources.
—Ken Peak, Professor Emeritus, University of Nevada, Reno

Failed crime-control strategies exact a high cost—jeopardizing public safety and consigning offenders to a life in crime, if not behind bars. Welsh and Harris take on the daunting challenge of the implementation of policies and programs that work, providing an invaluable guide to undertaking planned change. Their seven-stage model is carefully crafted and clearly explained. Essential reading for all, Criminal Justice Policy and Planning is ideal for classroom use and for helping students to envision how they might one day create a system that is, at once, more fair and more effective.
—Francis T. Cullen, Distinguished Research Professor Emeritus, University of Cincinnati