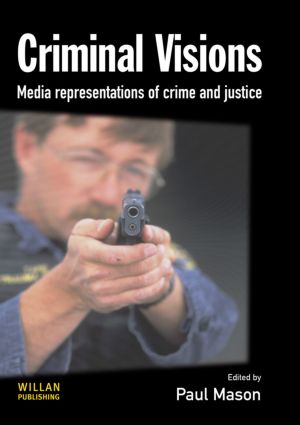 Media representations of law and order are matters of keen public interest and have been the subject of intense debate amongst those with an interest in the media, crime and criminal justice.

Despite being an increasingly high profile subject few publications address this subject head on. This book aims to meet this need by bringing together an important range of papers from leading researchers in the field, addressing issues of fictional, factual and hybrid representations in the media -the so called 'docu-dramas' and 'faction'.

Paul Mason is a Lecturer in the School of Journalism, Media and Cultural Studies at Cardiff University, UK. He has written extensively in the field of crime and media, and is the editor of Criminal Visions: media representations of crime and justice (2003) and co-author (with Frank Leishman) of Policing and the Media: facts, fictions and factions (2003), both published by Willan Publishing. He is Editor of the Journal of Crime, Conflict and Media Culture.