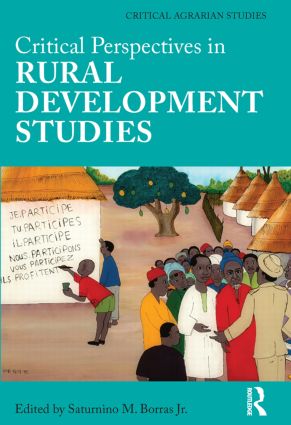 Agrarian transformations within and across countries have been significantly and dynamically altered during the past few decades compared to previous eras, provoking a variety of reactions from rural poor communities worldwide. The recent convergence of various crises – financial, food, energy and environmental – has put the nexus between ‘rural development’ and ‘development in general’ back onto the center stage of theoretical, policy and political agendas in the world today. Confronting these issues will require (re)engaging with critical theories, taking politics seriously, and utilizing rigorous and appropriate research methodologies. These are the common messages and implications of the various contributions to this collection in the context of a scholarship that is critical in two senses: questioning prescriptions from mainstream perspectives and interrogating popular conventions in radical thinking.

This book was previously published as a special issue of the Journal of Peasant Studies.

Saturnino M. Borras Jr. is Canada Research Chair in International Development Studies at Saint Mary’s University, Halifax, Nova Scotia. He has been deeply involved in rural social movements in internationally since the early 1980s. He is a Fellow of the Amsterdam-based international think tank Transnational Institute (TNI) and of the Oakland-based Food First/Development Policy Institute. He is the Editor of the Journal of Peasant Studies. His books include Pro-Poor Land Reform: A Critique (2007) and Transnational Agrarian Movements Confronting Globalization (2008, with M. Edelman and C. Kay as co-editors).