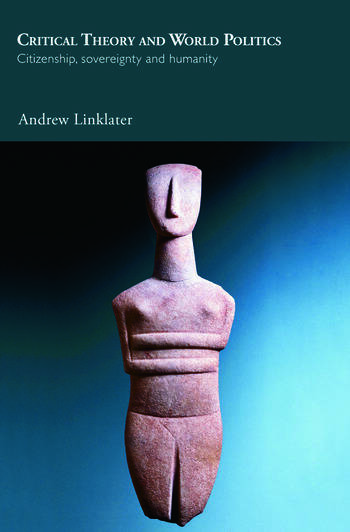 Andrew Linklater has been one of the most innovative thinkers in international relations, introducing critical and ethical elements into the discipline which has forced it to rethink many of its basic assumptions. This book builds on this body of work to develop a radical new theory that calls for a cosmopolitan approach to international relations.

Key subjects covered in the book include:

Andrew Linklater is Woodrow Wilson Professor of International Politics at the University of Wales, Aberystwyth. His main publications and research interests have been concerned with the changing nature of political community, the significance of critical theory for international relations and the problem of harm in world politics.

'Kant's 'citizen of the world' undertakes an intellectual journey through the pages of Andrew Linklater's outstanding book. Reaching the present day, it appears possible that humanity is undergoing a global 'civilizing process ', in Elias's sense. If so, there is still a long road ahead. Can people be forced to live in peace without doing harm to each other? And can a global superpower resist the civilizing pressures and the temptation to pursue its own interests through harming others?' - Stephen Mennell, University College Dublin, Ireland

'Andrew Linklater offers a seminal account of the ways in which growing global interconnectedness could achieve an historic reconciliation of sovereignty and world community. This brilliantly conducted learned inquiry should be required reading for anyone concerned about the future of world politics and the ethical prospects of humanity.' - Richard Falk, Princeton University and University of California, Santa Barbara, USA

'In an age that combines rapid, often bewildering, change with the promotion of nationalist and particularist thinking, no intellectual task is more important than the redefinition, and reassertion, of cosmopolitan thinking. It is the great contribution of Andrew Linklater's work that, drawing at once on classical and on contemporary theory, and on a rigourous and realistic engagement with the dilemmas of our age, he has provided a major and constantly expanding reassertion of a global moral vision.The issues that he addresses - community and citizenship, harm, intervention and international law, states and global ethics - are those that lie at the centre of moral discussion and political engagement in the modern world.' - Fred Halliday, London School of Economics and Political Science, University of London, UK